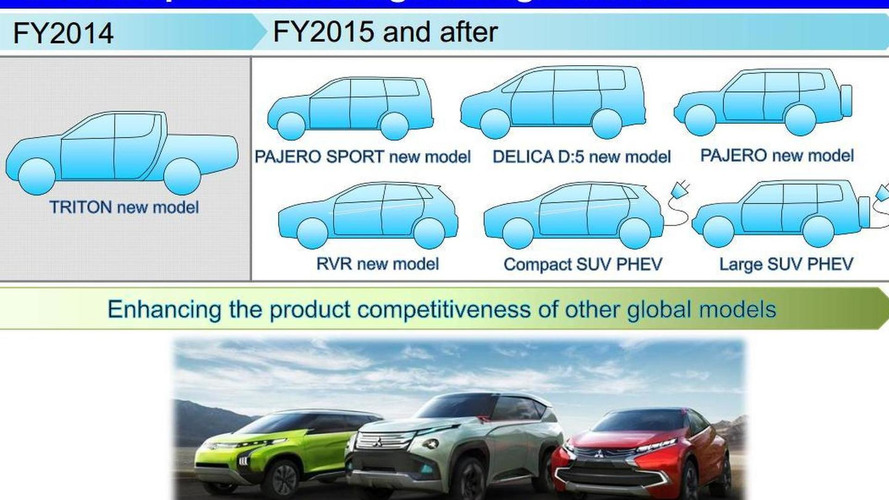 Things will kick off in fiscal year 2014 when the company launches a redesigned Triton / L200. A year later, the company will introduce the new Pajero Sport / Montero Sport / Nativa. Mitsubishi is also developing a new RVR / ASX / Outlander Sport, Delica D:5 and Pajero / Montero / Shogun as well as a small and large plug-in hybrid electric vehicle. These models are slated to arrive in the 2015 fiscal year or later.

Mitsubishi is also aiming to become a leader in electric vehicle technology as they expect 20% percent of their models will be electric or plug-in hybrid electric vehicles by 2020.