In this case, XL wouldn't stand for extra large.

Fiat doesn’t sell many cars in the United States. In fact, the automaker sold just 9,200 vehicles all total in 2019. Four models are offered in the States, with the worst of the bunch being the oddly-proportioned 500L at just 771 models sold. Above that is the SUV-ish 500X at 2,518 units sold, which sounds like a big improvement but it’s technically the second-worst-seller in Fiat USA’s stable.

That could be why an Auto Express reports the next-generation for both models could be fused into a single new entity, appropriately named the 500XL. That rumor allegedly comes straight from Fiat boss Oliver Francois, who spoke of electrification and current trends that favor SUV-style shapes like the 500X and not the wagon-esque look of the 500L, which falls into the classification of an MPV.

One Fiat Size Fits All:

With yearly sales less than half the number of F-150 trucks Ford sells in a day, one might wonder why Fiat even wants to keep the 500L around. It’s actually far more popular in Europe, clocking over 36,000 sales last year. Still, 500L sales have been falling in recent years while the 500X has held its own in the marketplace, and if anything could make Fiat’s small SUV better, it would be better practicality. Conversely, the 500L could appeal to more buyers if it offered all-wheel drive. And just like that, there’s a business case for building a 500 XL that combines the best of both worlds. 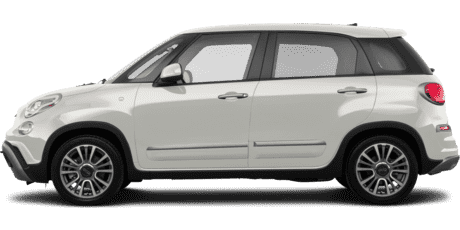 Will it happen? If the report is accurate, it seems Fiat is keen to move in that direction. With the electric 500E having recently debuted with an all-new platform, the automaker has some raw material to work with regarding size and design. The 500L and 500X are both due for next-generation models soon so the next couple years could see an XL come to life.