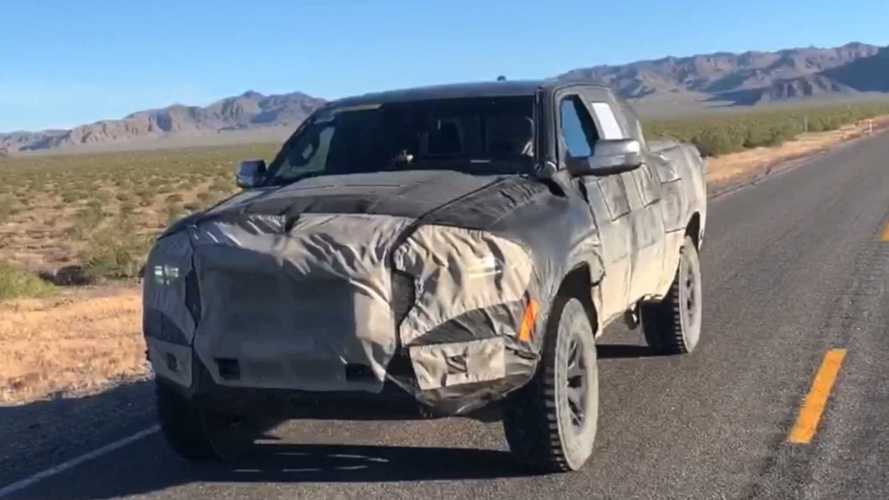 The Raptor rival couldn't wait to reveal itself.

The anticipation for the 2021 Ram 1500 Rebel TRX couldn't get hotter as its launch date draws near, more so with several leaked images reaching the webspace. The latest one, however, is the exposed grille shots of the Rebel TRX, which kind of contradicts the previous spy videos.

According to the spy images by 5thGenRams, the upcoming Ford Raptor rival is showing a meshed grille that is more aligned with the current design language. If these images were to be believed, it confirms our speculation that the previous spy video showing a crosshair grille was just one of Ram's trickeries.

Again, that's if we were to believe these new spy images, but as always, take these with a dash of salt. Interestingly, another image from 5thGenRams shows the "6.2L Supercharged" badging found in the alleged Rebel TRX. It's paired up with a new hood scoop design to feed air into the superchargers.

This is another contradiction to the previous spy video, didn't produce any supercharger whine while being filmed. Will there be a non-supercharged variant of the Rebel TRX? You guess right now is just as good as ours.

The badging, however, confirms the leaked images from TFLtruck last week (see gallery below). One of the photos taken includes a supercharger housing for the 6.2-liter Hellcat V8 engine. It has been a while since we've known that a supercharged Rebel TRX might make it to production, along with an exclusive tipster who told us that an 840-horsepower mill was found in one of the prototypes.

In any case, we'll know the truth about the 2021 Ram 1500 Rebel TRX by next month, according to the latest reports. Production will allegedly start by the end of September or early October.