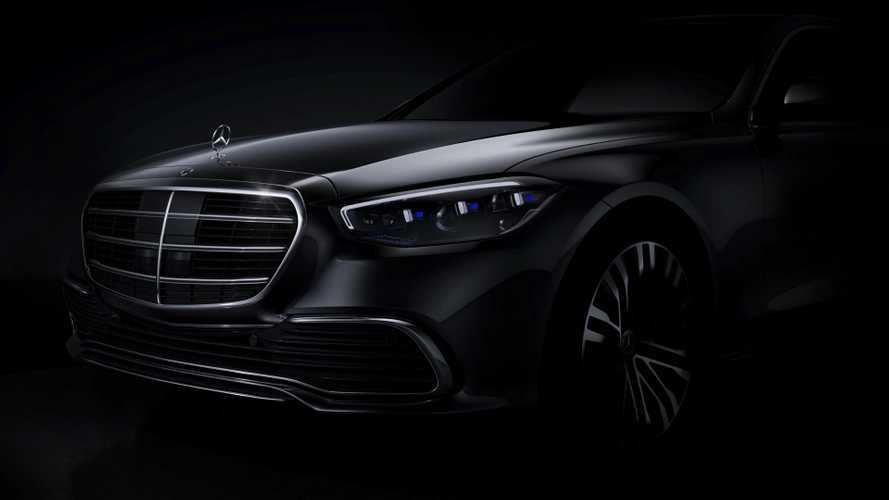 Daimler boss says it will be a technological tour de force.

In case you haven’t heard, “Meet Mercedes Digital” is a new online communications platform the company will use on a regular basis to share details about future products and business news. The first episode aired today with Mercedes reporter Yasmine Blair as host and none other than Daimler CEO Ola Källenius as the main guest. While that’s not necessarily news worth sharing, the interview from Stuttgart got a lot more interesting when the subject of the S-Class W223 came up.

A teaser image briefly made an appearance to show what we’ve actually seen already via several spy shots of a pre-production prototype. Sporting a familiar look, the S-Class’ front end design won’t stray away too far from the outgoing model, but at the same time, it will adopt a more modern face by adapting the headlight design from the CLS and E-Class facelift.

The New S Is Finally Coming:

Ola Källenius had a few things to say about the company’s revamped flagship sedan, calling it a “technological tour de force.” He had the opportunity to get behind the wheel of a pre-production car at high speeds on the Autobahn and was particularly impressed by how refined it was, mentioning it was “very serene and quiet ride.” Daimler’s head honcho went on to say “the predecessor set the bar high but the new S-Class will be special.”

We also get to find out when the new S-Class will receive its hotly anticipated debut – second half of 2020. In addition, Ola Källenius confirmed its electric counterpart will be launched in 2021 as the EQS, following last year’s preview with a namesake concept car.

On a related note, the 2021 E-Class Coupe and Convertible facelift models also made an appearance. Judging by the Panamericana grille, the one on the left is a hot AMG E53 variant. A teaser image showing a two-car garage previews the revised two-door models, while Ola Källenius happened to have the newly designed steering wheel.

The full debut of these two cars is scheduled to take place later this week on the aforementioned Meet Mercedes Digital platform.