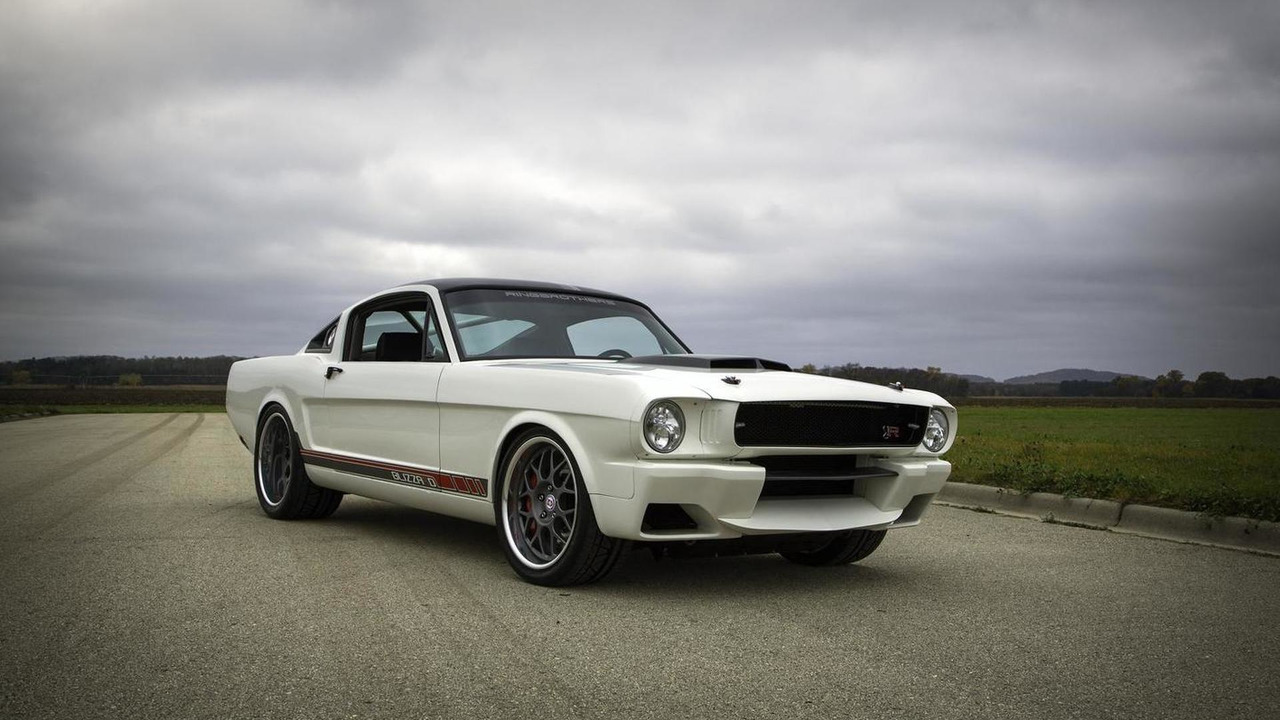 Following an announcement made in late September, Ringbrothers have unveiled their Ford Mustang Blizzard at SEMA in Las Vegas.

Following an announcement made in late September, Ringbrothers have unveiled their Ford Mustang Blizzard at SEMA in Las Vegas.

The highly modified 1965 Mustang gets its "Blizzard" moniker from the brilliant white paint and is powered by a retuned 351-based V8 NASCAR Sprint Cup Series-style engine by Wegner Motorsports which develops 710 bhp (529 kW). It has a Holley carburetor and Flowmaster mufflers with cooling coming from a Be Cool radiator and fan setup.

Power is channeled to the rear axle through a five-speed Bowler manual gearbox and a John's Industry differential. The Ford Mustang Blizzard rides on HRE 560R forged alloys wrapped around in 265 front / 325 rear Nitto Invo tires while the stopping power is provided by six-piston Baer calipers.

Other highlights include custom carbon fiber side scoops, hood, roof, bumper and deck lid, as well as a variety of customizations inside the cabin where there Recaro seats and an Alpine sound system with an amplifier.