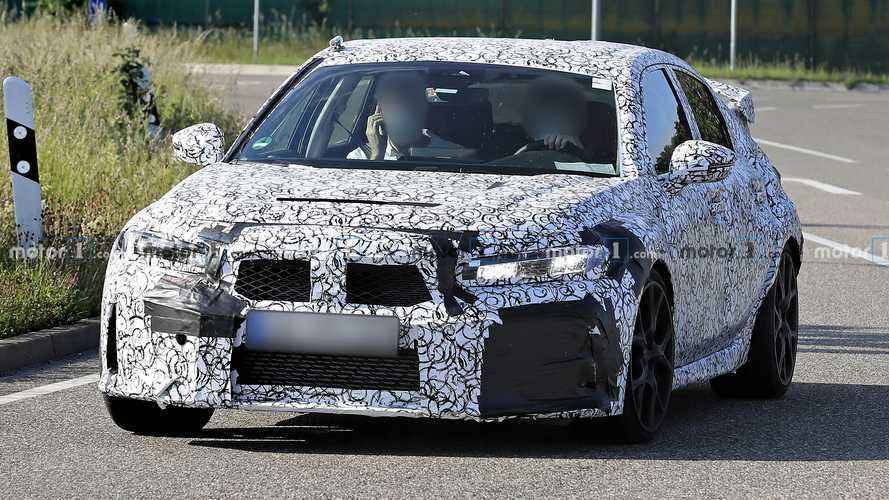 Could it get an electrified powertrain, too?

Honda gave the Civic Type R quite the refresh for 2020. While Honda kept visual tweaks to a minimum, the most significant changes came underneath the car with upgrades made to the suspension. We just published our first drive of it earlier this week, but it appears Honda is already working on its successor. New spy photos show a heavily camouflaged Honda Civic Type R out testing, and we have questions.

Honda uses the camouflage and cladding to obscure the car’s design, though it’s hard to miss the undeniably Civic-like shape underneath. A big giveaway is the massive rear wing, which sports a new design even if it’s just as audacious as the current one. The hood looks longer than that of the one on the current car, but there’s also plenty of cladding and duct tape up there, too, which makes us think there’s a new face is hiding under the foam.

2020 Honda Civic Type R Gets Price Bump, But It's Worth It

Our photographers believe this test vehicle could be part of the company’s efforts to electrify its lineup in Europe, something the company announced it wanted to do back in 2017. At the time, the company promised to electrify two-thirds of its new car sales on the continent with the entire lineup offering some sort of electrification after that. Earlier this year, Honda said an electric Type R is possible. They also believe the angular design of the current Type R will go away, though, with all that camouflage and cladding, it’s difficult to discern what changes Honda made to the styling.

It’s far too early to determine if the next Type R will go all-electric or offer a middle ground with a hybrid. However, whichever direction Honda chooses, it’ll be swimming against the flow of enthusiasts who may not be too eager for any electric power. Then again, many automakers, including Honda and General Motors, see electric cars as the future, and an electrified Civic Type R sounds like it’d be a blast to drive.