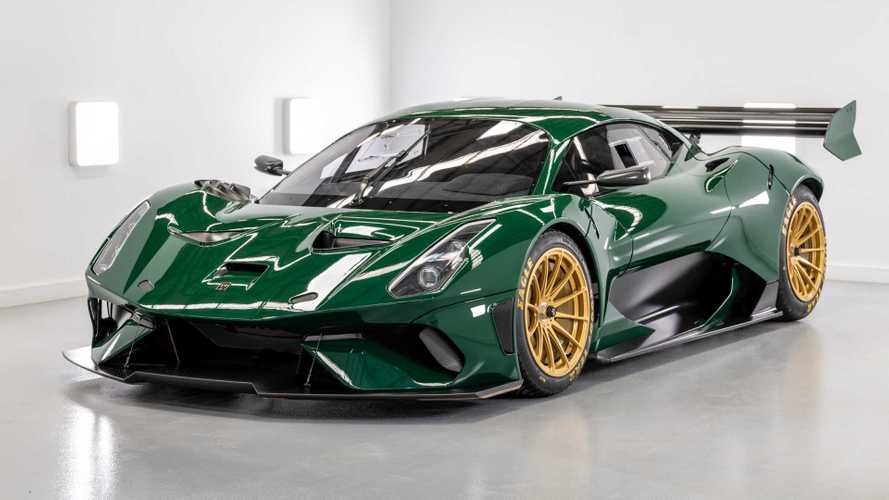 Brabham Automotive has delivered the first competition version of its BT62 track car to a customer team in the UK, having been impacted minimally during the coronavirus lockdown.

The car will compete in this year’s Britcar Endurance Championship with Horsepower Racing with Ross Wylie and team owner Paul Bailey handling the driving duties.

Dubbed "the world’s most track focused hypercar," only 70 BT62s are set to be built, with the original track car version, Competition racing version, and a road variant available.

Get Up To Speed With Brabham:

Horsepower Racing's BT62 Competition is the first to make it into customer's hands, with further cars set to follow for series in Europe, Australia, and New Zealand once restrictions are eased and deliveries are easier to carry out.

"The growth of Brabham Automotive over the last couple of years is a testament to the up-front planning that we put in place operationally and the depth of infrastructure that we can call upon from the broader Fusion Capital group," said Dan Marks, CEO of Brabham Automotive. "This ensures that we can scale Brabham to meet demand and as future vehicle variants come online.

"The Brabham Automotive team is highly skilled and has shown great resilience in what has been a trying time for everybody around the world. We are extremely proud of what has been achieved.”

Like the track-ready version of the car, the BT62 Competition is built around an FIA compliant carbon-chromoly safety cell with an integrated roll cage, but thanks to a lack of trim and other weight-saving measures, it weighs less. Aerodynamic tweaks deliver an impressive 1,200 kg of downforce, while the carbon-on-carbon brakes, motorsport ABS and traction control help the beast on track.

Power comes from the same 5.4-liter naturally aspirated V8 engine used across the BT62 range, putting out 700 hp. The powerplant is mated to a 6-speed sequential gearbox.