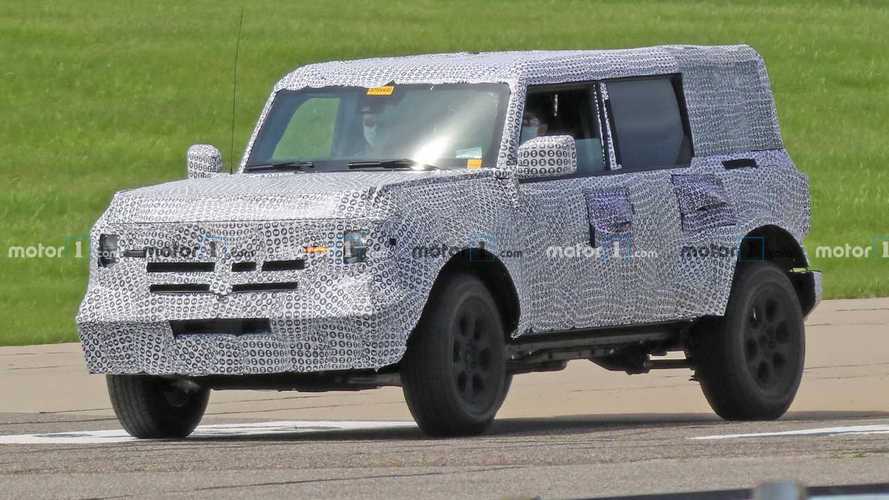 Say hello to the flat top.

Until we saw the 2021 Ford Bronco without a lick of camouflage a few months back, nearly every test vehicle we’d spied hid the roof under some thick cladding. Leaked photos have shown us the Bronco without any coverings at all, though they haven’t been the clearest in showing the SUV’s finer details. We’re still supposed to see the Bronco sometime this spring, and the latest spy photos have us hoping it’s sooner rather than later because they’re the first where the roof lacks any cladding. However, it’s still hidden under some swirly camouflage.

It’s the first time we’ve seen the Bronco’s flat top, though there’s not much to see. The camouflage still conceals much of the roof’s design, and we won’t get a real sense of the SUV’s roof until the official reveal. There’s plenty of evidence to suggest the new Bronco will feature removable roof panels for some open-air fun, just like the Jeep Wrangler it’ll compete against. That’s likely what Ford was hiding underneath the roof camo for so long.

When the Bronco arrives, it will come both two- and four-door flavors. The Bronco in these photos appears to show a four-door mid-range model that’ll sit between the entry-level trim and the rugged, off-road-oriented one. What will power it remains a mystery. One rumor suggested a 2.3-liter EcoBoost mill making 270 horsepower (201 kilowatts); however, we think the 2.7-liter EcoBoost making 325 hp (242 kW) is likely as well. There could even be a hybrid version and one with a V8.

Ford originally planned to reveal the 2021 Bronco at the 2020 New York Auto Show before the coronavirus pandemic forced its cancellation. The virus will also delay the model’s production start date. However, it’ll still arrive at dealers in 2021. It’s crazy to think Ford announced the Bronco over three years ago, and we’re still waiting.