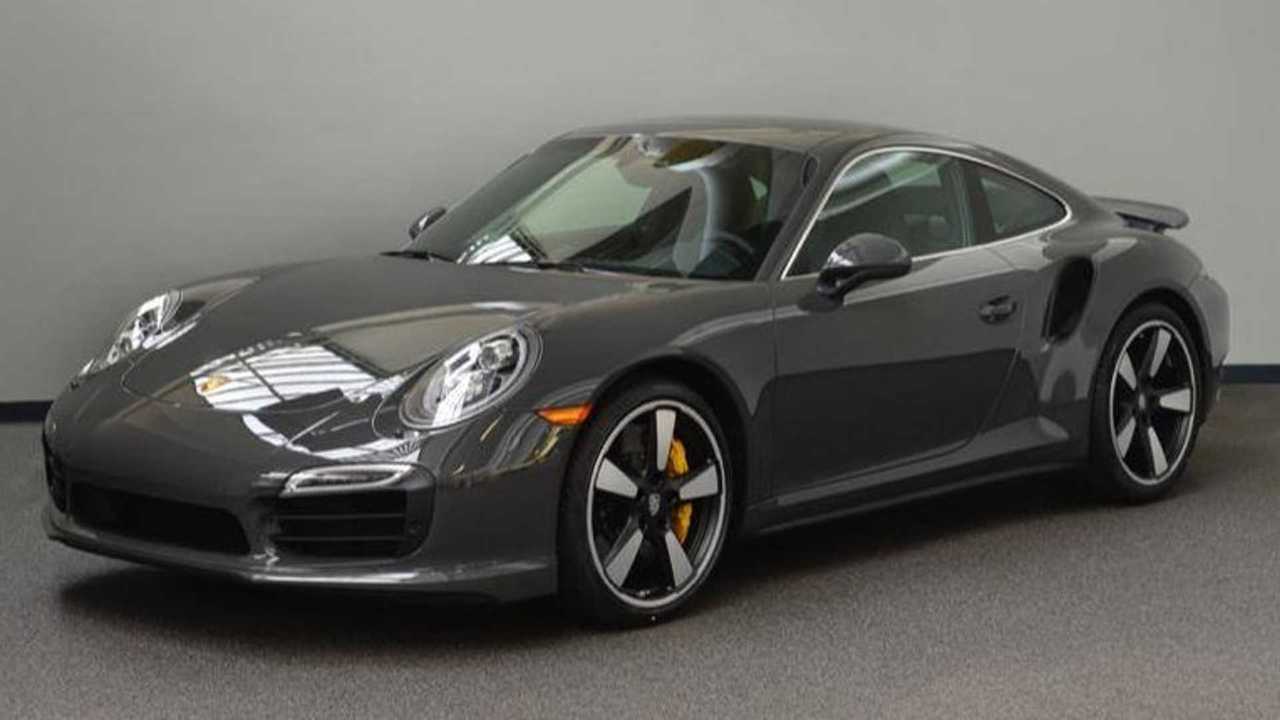 The Porsche Exclusive Manufaktur personalization division digs into the archives to show off a previous-generation 911 Turbo S that wears some of the touches from the 2013's 911 50th Anniversary Edition. Why this department would show off the old model when the new one arrives at dealers later in the year is a mystery, but the retro-tinged look is still impressive.

The new wheels with a Fuchs-inspired design are the most noticeable change. They feature five spokes that become wider at the rim. The faces have a metallic finish, and the pockets are black.

The 911 50th Anniversary Edition was available in two exclusive colors: Geyser Grey Metallic and Graphite Grey. Porsche Exclusive Manufaktur's Facebook post doesn't mention the specific shade on this Turbo. It looks similar to Graphite Grey but seems to be a bit darker.

At the back, this car wears clear turn signals.

As soon as a person opens the door, there's a 911 50th Anniversary treadplate. The center section of the seats has a houndstooth pattern, which gives the cabin a somewhat retro appearance. The actual 911 50th Anniversary Edition has green numerals on the dials, but these photos don't provide a good enough look at the instrument panel to see whether this Turbo has them, too.

Everything You Need To Know About The New 911 Turbo:

Porsche only made 1963 units of the 911 50th Anniversary Edition as a reference to the year of arrival for the iconic sports car. The company used the Carrera S trim as a starting point for the design tweaks. The examples that came to the United States carried a price of $124,100 plus a $950 destination fee.