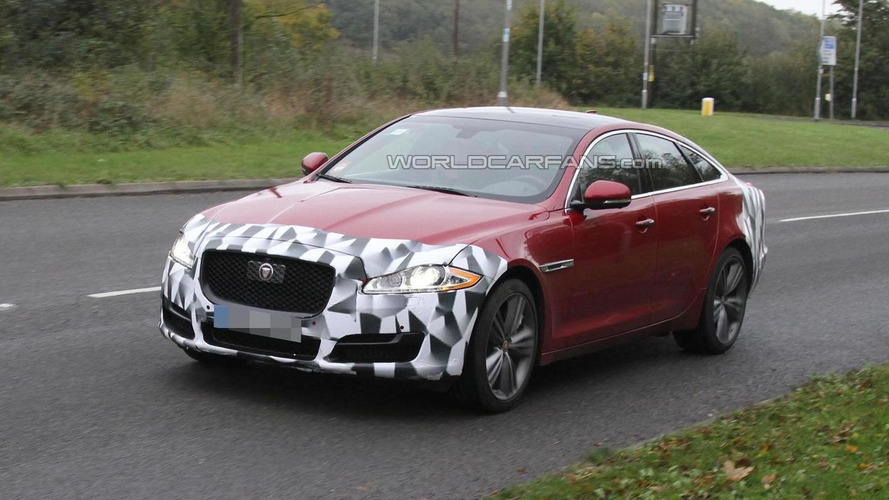 The 2015 Jaguar XJ facelift has been spied for the first time while testing on UK roads.

The 2015 Jaguar XJ facelift has been spied for the first time while testing on UK roads.

A couple of months ago Jaguar introduced the 2014 model year of the XJ which came with minor changes. A more extensive update is programmed for the 2015 model year when Jaguar will introduce a facelift that will change both front and rear fascias.

There seems to be a redesigned front bumper which appears to be rounder and has new air intakes, while at the back the changes are limited to a squared-off number plate housing and a lightly reworked exhaust pipe.

The engine lineup will probably be carried over, including the 550 HP V8 5.0-liter supercharged motor from the range-topping XJR which enables the car to hit 60 mph (96 km/h) in 4.4s before reaching an electronically-capped top speed of 174 mph (280 km/h).