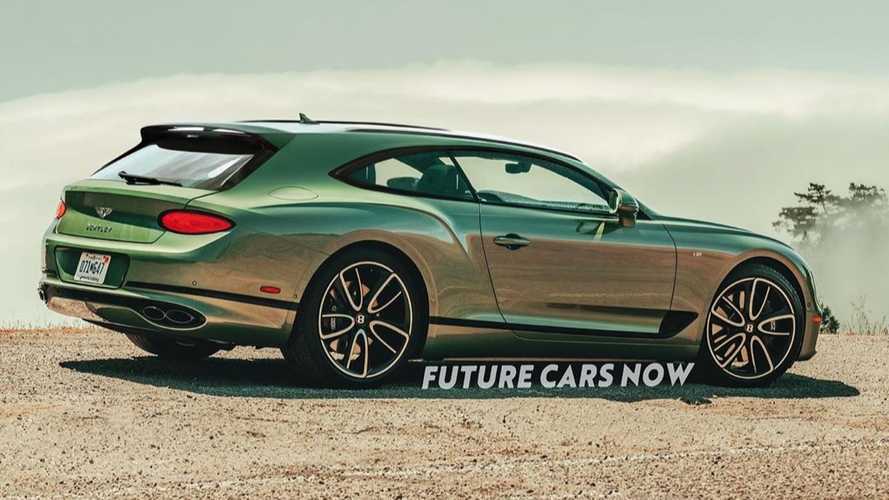 The company actually considered making a wagon about a decade ago.

The idea of a Bentley wagon might seem out of place now, but it actually happened in 2010. Granted, it wasn’t built by the folks from Crewe as the Flying Star (pictured below) represented the work of coachbuilder Carrozzeria Touring Superleggera. A few months after the long-roof Continental GTC made an appearance at the Geneva Motor Show, a VW Group board member admitted a two-door wagon was being considered at that time. However, it never happened.

Fast forward to May 2020, our pal Nicolas Cavero from futurecarsnow on Instagram has revisited the idea of a Bentley shooting brake. He knows his way around a digital pencil, and with the Continental GT already being a stunning car, it’s not a surprise this purely hypothetical wagon is sinfully gorgeous. While the adjacent image is only a “what if” rendering coming from an enthusiast, we want it to happen in real life.

With Zagato turning Aston Martins into jaw-dropping shooting brakes, we’re hoping Bentley’s Mulliner bespoke division also has a wagon in the back of its mind. If there’s a place in this world for a roofless Bacalar priced at nearly $2 million, there’s certainly potential for a shooting brake carrying the Flying B. Additional coachbuilt Mulliner models are likely expected in the years to come, and we’re keeping our fingers crossed something along the lines of this rendering is on the to-do list.

However, Bentley has bigger fish to fry as the company recently hinted the recently discontinued Mulsanne flagship could be replaced by an ultra-luxurious SUV positioned above the already posh Bentayga. Speaking of which, the company’s sole SUV could even spawn a convertible one day, although that seems rather unlikely to us. An EV is on the agenda for a release post-2025, but the first order of business is to give the company’s cash cow – the Bentayga – a nip and tuck.

Here's The Latest From Bentley: