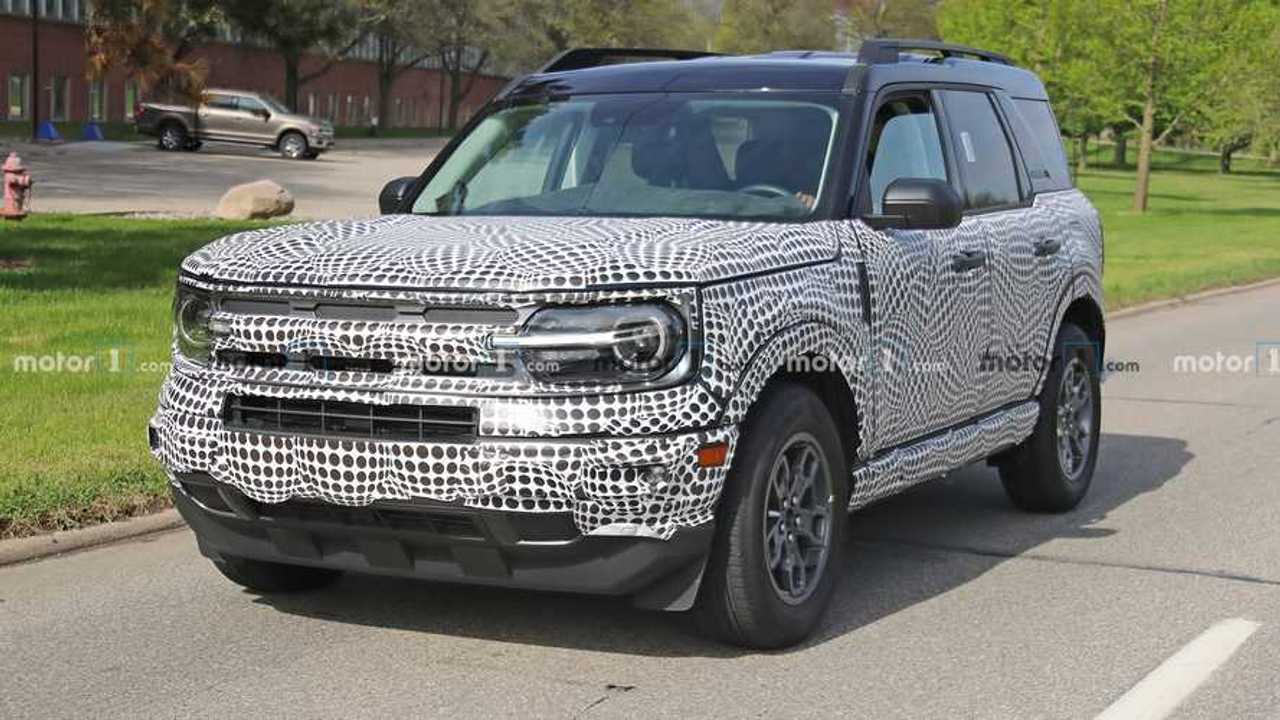 There should be three grille designs offered on the small off-roader.

While the Coronavirus pandemic has affected automakers in numerous ways, the continual testing and development of prototype vehicles doesn’t appear to have slowed much. That certainly holds true for Ford, as we’ve recently seen Bronco Sport test vehicles strutting around the country with minimal camouflage. Case-in-point is this new sighting of three prototypes featuring at least two different grille designs.

We’ve heard about the various grilles in previous reports. It’s believed that three will be offered with the possible names of Modern, Classic, and Custom. Unforuntately the camouflage wrap does a good job of concealing details for the two designs seen here, but we can discern some clear differences. A close look at the red-trimmed prototype with steel wheels shows an open mesh-type pattern with a separator in the middle covered in camo wrap. This could be the Custom grille, and the pattern matches leaked photos of the off-roader we saw back in March.

The second grille is a slotted design with six elongated oval openings – three above the separator, and three below. This design doesn’t really match up to the classic grate design of the original Bronco, so this could be the Modern grille. Both designs still incorporate the same headlights and vents found beneath the grille.

As for the third design, the spy shots showing three prototypes together don’t give us a crystal clear look at the grilles, but they appear to have the six-slot design as well. We think some grates are visible in the gray-roof prototype following the red-roof Bronco, but the photo isn’t clear enough to confirm that.

Of course, we already know how the open-mesh grille looks. Leaked photos revealed the Escape-based Bronco Sport from every angle. The real question now is how the different trim levels will look, and what features each will bring to the table. We shouldn’t have too much longer to wait – we originally expected to see the Bronco Sport and its larger offering in April, but Coronavirus delayed the official debut. It’s now believed the Bronco Sport will officially break cover by mid-June.