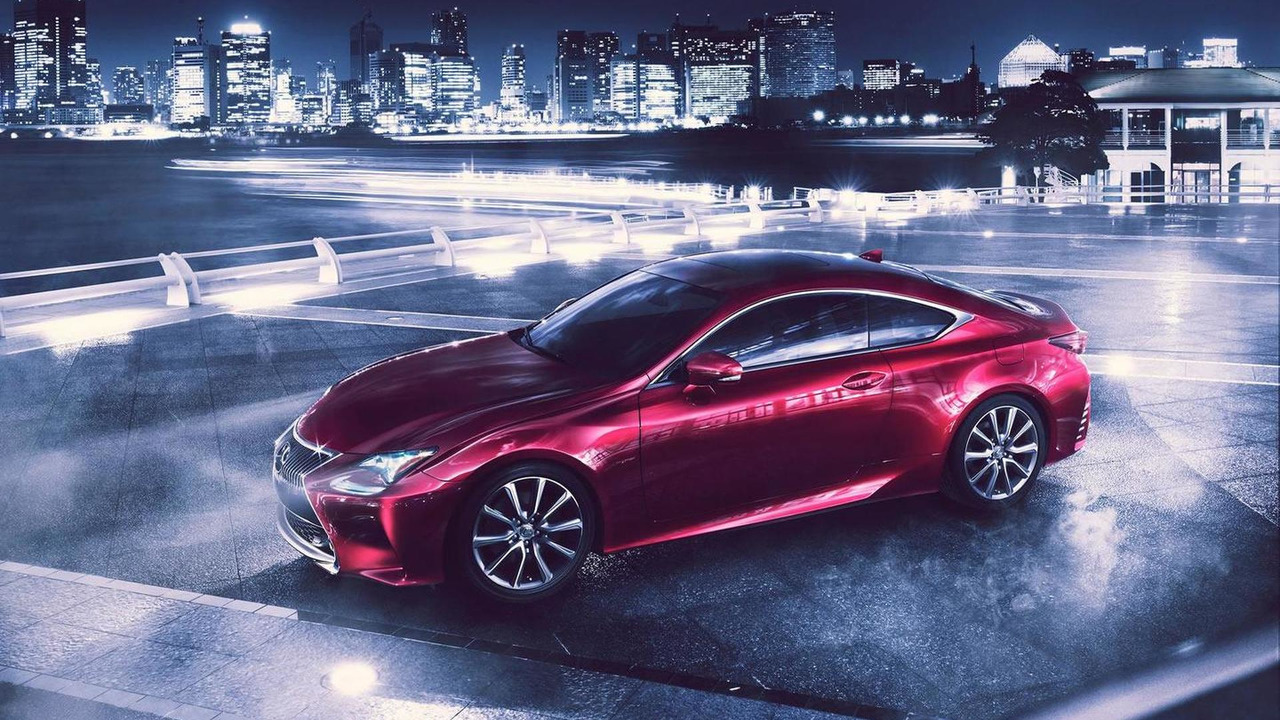 Lexus has revealed the 2014 RC Coupe ahead of the car's public debut scheduled for Tokyo Motor Show later this month.

Lexus has revealed the 2014 RC Coupe ahead of the car's public debut scheduled for Tokyo Motor Show later this month.

Taking some visual exterior cues from the LF-LC and LF-CC concepts, the all-new RC adopts a lower and winder spindle front grille and an overall contoured shape. It boasts three LED lamps in the triangular headlights and is envisioned with 18-inch five-spoke muscular alloys or optional 19-inch deeply sculpted ten-spoke rims with both of them featuring black and platinum center caps.

The interior cabin is inspired by Lexus' recent concepts and comes with the firm's first ever lightning package with illumination reflecting upwards instead of downwards. The upper area of the dashboard incorporates the instrument panel and a seven-inch navigation display while the layered center console comes with a built-in Remote Touch Interface, a novelty in a Lexus model.

A range-topping RC F is already on the way taking into account Lexus has trademarked the "RC F" moniker. Under its hood there will probably be a V8 5.0-liter engine rated at around 455 bhp (339 kW) and 543 Nm (401 lb-ft) of torque. The car will allegedly be showcased in January at 2014 NAIAS in Detroit.

More details about the 2014 Lexus RC Coupe will be provided as we get closer to the Tokyo Motor Show set to open its doors to the public on November 23.