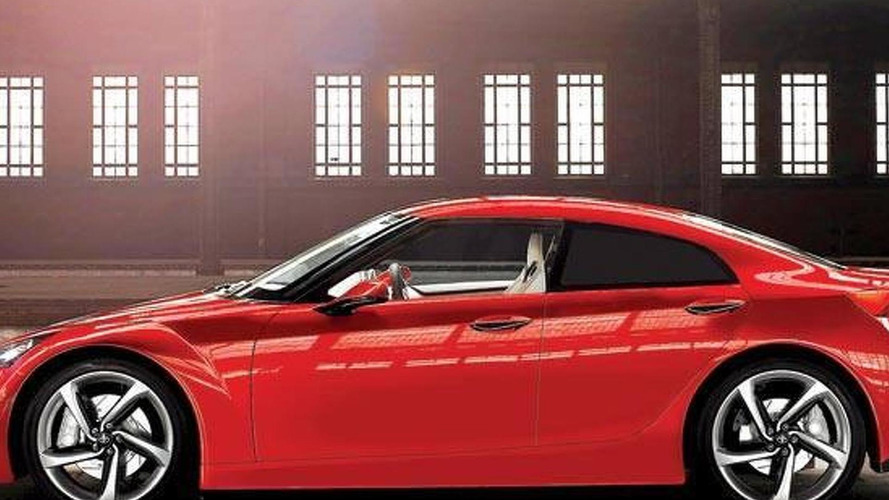 The official Facebook page of the Dubai International Motor Show has announced Toyota will showcase a sedan concept of the GT 86.

The official Facebook page of the Dubai International Motor Show has announced Toyota will showcase a sedan concept of the GT 86.

Lately we have been talking a great deal about the possibility of seeing a sedan version of the Toyota GT 86 and it appears this will happen very soon. The Dubai Motor Show is scheduled for next week where Toyota will show this sedan concept, ahead of what will possibly be a 2014 or 2015 market release of a production model.

From what we know so far, the car will use the same platform as the standard model but the wheelbase will be stretched by 3.9 inches (100mm) to increase space for those sitting in the back. Under the hood it will have the same 4-cylinder, 2.0-liter engine with 200 bhp (149 kW) and 205 Nm (151 lb-ft) of torque.

There are also talks about a hybrid version featuring the technology seen in the Yaris Hybrid-R concept at IAA back in September. This one will allegedly have 268 bhp (200 kW) and is expected to be around 15 percent more economical than the standard model.

The production-ready Toyota GT 86 Sedan is rumored to be publicly introduced in March 2014 at the Geneva Motor Show.