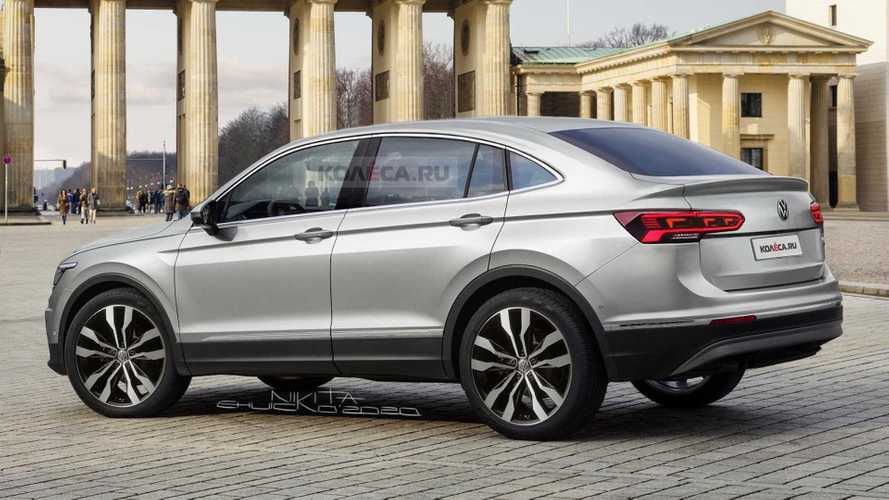 It will allegedly be called the Tiguan X, but we can never be too sure.

The Volkswagen Tiguan is up for a mid-cycle facelift this year, specifically this Summer, and tons of spy shots have already emerged showing the crossover's unwrapped face, along with an official teaser. Hotter R and GTI models of VW's best-seller are reportedly underway, as well, but those are still up for final confirmation. What we do know is that the new Tiguan will get the new infotainment system called MIB3 hosting over-the-air software updates.

But that's not it for the new Tiguan this year. Apparently, a coupe version of the crossover is also in the works, and it has been spotted in China almost undisguised a week ago.

With that, our friends from Kolesa.ru quickly jumped into action and made a quick rendering of the mysterious coupe SUV. Oh, by the way, the coupe crossover will allegedly be called the Tiguan X hence will be heavily based on the Tiguan, but then again, we can never be too sure, so take this report with a healthy dash of salt.

But then again, based on the spy shots alone on both the regular Tiguan and the coupe version, the rendering shows the adoption of the fascia, with major deviation at the rear to accommodate the sloping C-pillar to make it look like a coupe. Love or hate it, but it seems like the coupe SUV trend is here to stay even on VW cars.

Latest Sightings Of The Tiguan:

If you're not a fan of coupe SUVs, that's fine as reports point out that it will be a China-only model, more likely to be part of the 10 new SUVs for the market that were announced more than two years ago.

Volkswagen has a huge market in China, with collaboration with FAW and SAIC to facilitate production for the country and other export markets.