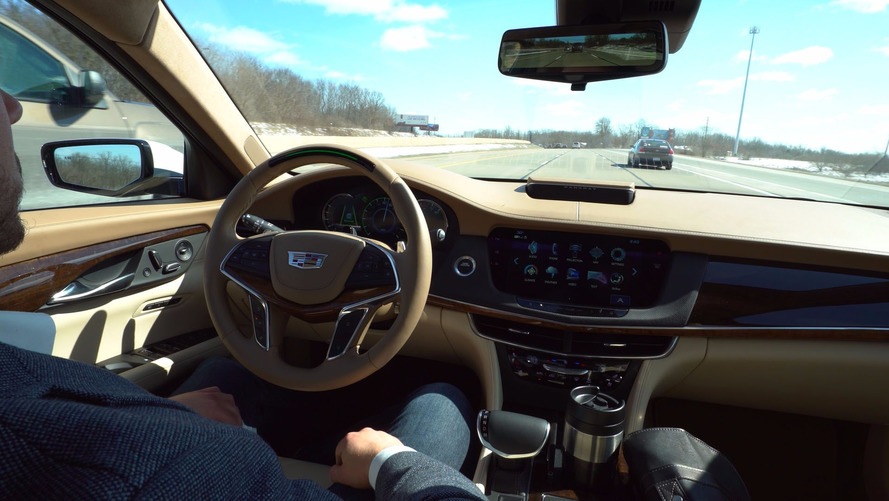 It would rival Tesla's autopilot, but there's no word on when it will be ready.

Ultra Cruise. No, it’s not an ocean-going world tour for retired football players. Nor is it some kind of rebirth of the Buick Park Avenue Ultra, though it is connected with General Motors. It was roughly a year ago we heard rumblings of something called Ultra Cruise bubbling in the tech-focused minds of GM engineers. The automaker filed a trademark application for the term in September 2018 but nothing official was said about it. With the GM already having a semi-autonomous driving system at Cadillac called Super Cruise, it’s not a tremendous leap to assume Ultra Cruise would be some kind of self-driving tech.

Now, we know it’s indeed a Super Cruise upgrade that will further expand GM’s autonomous driving world. GM Executive Vice President of Product Development Doug Parks dropped some insight on the system during Citi’s 2020 Car of the Future symposium, according to a report from CNBC. Details weren’t divulged, but Parks did allegedly say there was a large internal team at GM working on the tech.

He also claimed Ultra Cruise would offer autonomous driving capability on certain highways as well as city streets and other areas. That’s a significant upgrade compared to the company’s current Super Cruise system, which can only operate on certain limited-access highways. It's also a major step towards battling Tesla and its Autopilot system.

Unfortunately, that’s all the further the discussion went. Details of the sensors and systems used to make Ultra Cruise work are unknown, though the original trademark application from 2018 mentions everything from computer software to cameras, ultrasonic sensors, radar, and GPS systems. Another key piece of information missing is when Ultra Cruise might arrive. Considering this came up during a discussion involving cars of the future, it could well be several years off at best.

In the meantime, GM offers its slightly less ambitious Super Cruise autonomous tech on select Cadillac models, and the refreshed Chevrolet Bolt which is expected to arrive late this year. The system is updated for 2021 model-year vehicles to offer automated lane change capability and over 200,000 miles of highways where it can be used. Super Cruise is billed as a true hands-off system, meaning the driver doesn’t have to keep hands on the wheel. Instead, facial recognition is used to ensure eyes and attention are kept on the road.