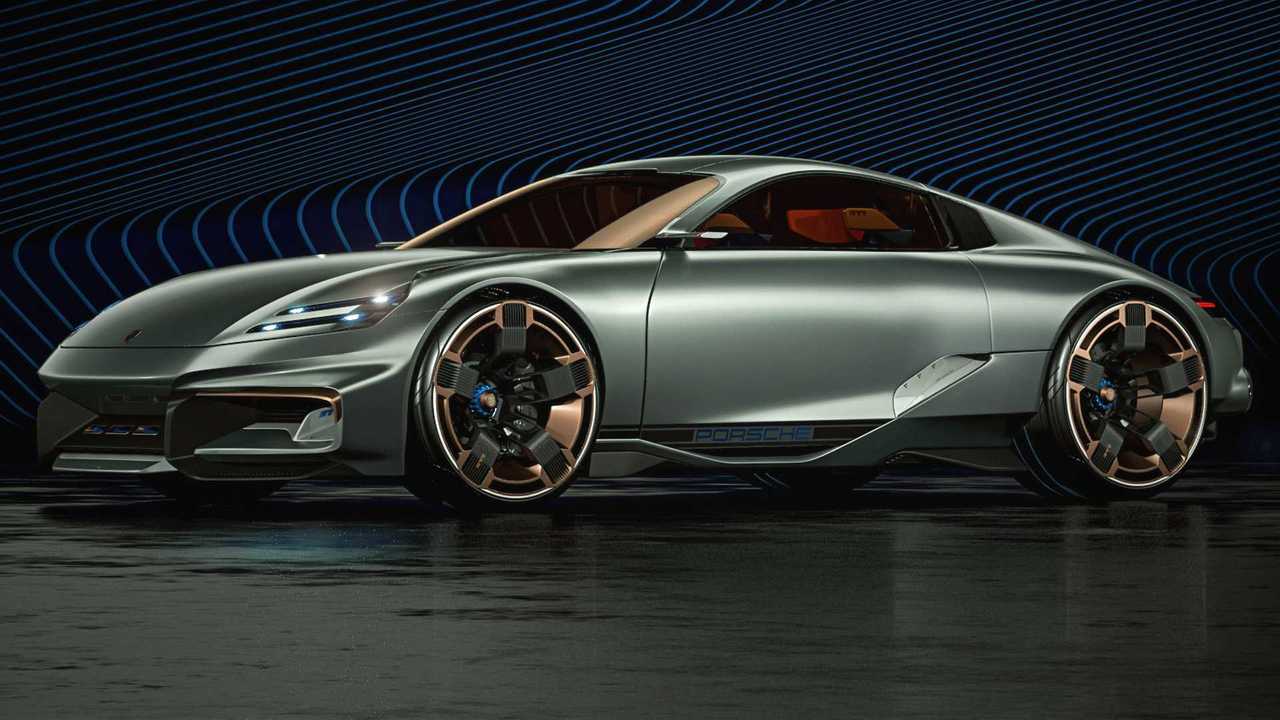 It's a wild twist on an iconic sports car.

Even as the Porsche 911 evolves, it doesn't stray far from the look the company penned way back in 1963. No matter how fat or how modern it gets, the 911’s shape is still immediately recognizable. But what if Porsche took the 911 in a dramatic new direction (not that it will)? Graphic designer Pawel Breshke – the same artist responsible for the stunning Ferrari F42 concept – presents his ultra-futuristic take on the iconic 911.

Breshke calls his latest creation the Porsche Cyber 677. It may not be a 911 by name, but this concept's silhouette should look familiar to fans of the iconic original, albeit with distinctive new cues. The Cyber 677 gets a unique front end headlined by a sleek two-bar light fixture (similar to what you'll find on the new Genesis G80) and both carbon fiber and bronze accents. Below that, there are two massive vents on either side.

The Cyber 677 also has an amazing set of shoes. The bronze-and-black five-spoke wheels are unlike anything we've seen on any Porsche, as is the unique lower skirt detailing and the slim, cameras in place of mirrors. The backend of the 677 looks more "production" than any of the other elements, borrowing the 911's light bar, but there are also special details – like the blue-tinged exhaust tips – that give the concept its distinguished look.

"A few months ago, I had an idea to design a new Porsche concept, but I didn't want it to be another copy of 911," designer Pawel Breshke tells us via email. "I desired to create something new and a Cyber idea came to my mind. This idea forced me to break some crucial existing features of the brand, but I wanted to keep the general silhouette which is very recognizable to the whole world."

Inside the concept is even more dramatic. There's no center screen, just a handful of switches where that center screen should be. The steering wheel is rectangular and features a blue "Porsche" logo front and center, as well as a large curved screen behind it acting as the speedometer. There's plenty of leather, but also aluminum fixtures and unique lighting details, specifically in the driver footwell.

The closest thing Porsche currently offers to the Cyber 677 concept is the Taycan, the brand's first fully electric vehicle. And we don't expect the next 911 to take this dramatic of a design approach any time soon, though we appreciate Breshke's take on what could become of the iconic sports car, maybe by the next century.

Ferrari F42 Concept Is A Modern Take On The Iconic F40