Here’s a thought exercise for you. When you imagine a “bullet train” what pops into your mind? Some sleek, futuristic thing like Hyperloop or, more likely, Japan’s legendary Shinkansen? What about the 2021 Toyota Sienna?

No, don’t worry, you’re not odd if you look at the redesigned van and saw some of Japan’s duck-billed supertrain in the lines – in fact, according to Toyota designers, that’s kind of the idea. Speaking to Motor1.com and other media on a conference call ahead of the Sienna’s digital debut, Toyota made clear that the Shinkansen inspired the Sienna’s front end design.

“We were really inspired on the front design by the Shinkansen, the Bullet Train from Japan – that just looks powerful and speedy and has a presence, so we wanted to impart that phase into the Sienna,” Kevin Hunter, the president of Toyota’s Calty design studio. “It looks active, athletic, and checks all of those boxes.”

On the same call, Toyota discussed the Sienna’s broader redesign, which takes on more aggressive lines that tie the minivan to the company’s other new products, like the Avalon and Camry. There’s a particularly aggressive shoulder line that Hunter highlighted during our chat.

“There are a lot of people who love minivans but are not thrilled with the boring look of minivans. So we really tried to change that up, it was a huge effort on our part to move that in a new direction,” Hunter said. “It’s more robust, it has a shoulder...so we really tried to put a lot of energy and excitement into the styling direction so a lot of our customers could feel that.” 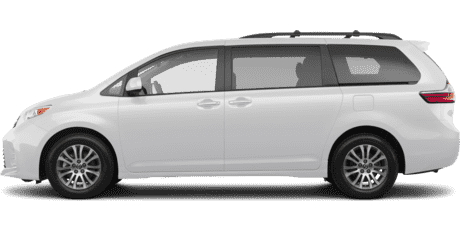 We’ll be waiting a bit to see how bus-like the Sienna driving experience is. But what’s clear so far is that Toyota has gone to great lengths to minimize the perception that its new minivan is big or boring.