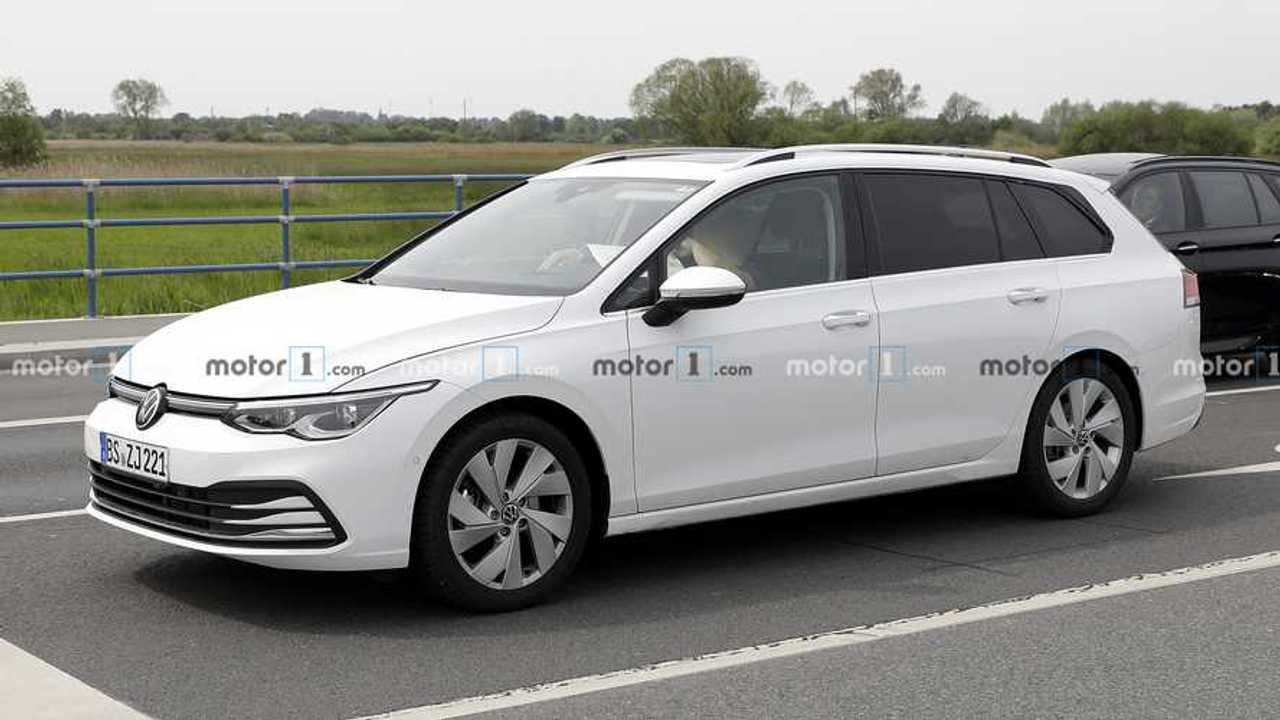 Well, at least for wagon-lovers.

Volkswagen appears to be putting the finishing touches on the eighth-generation Golf Variant as our photographers have had yet another encounter with the compact wagon. It was spied for the first time just a few days ago and is now returning in a new batch of shots, showing it from different angles.

It’s not a shocking sight for sure - the more practical iteration of the new Golf looks exactly as everyone would expect but doesn’t make it less intriguing. The front end is obviously pretty much identical with the Golf 8 hatch and the rest of the design is quite predictable, too.

Still, the German automaker is not ready to reveal the appearance of the rear end and decided to put stickers in an attempt to fool your eyes into believing the design will be copied from the previous-generation Golf wagon. Under closer inspection, however, you can see the LED clusters at the back will be slimmer and elongated.

Like it or not, unfortunately, the new Golf Variant is not coming to the United States. It’ll probably be available only in Europe and chances are good Volkswagen will also introduce a rugged Alltrack derivative, too. The only versions of the new Golf the US market will get will be the Golf GTI and Golf R but these won’t arrive before the first half of 2021.

VW Golf Wagon Confirmed To Get Next Generation

Meanwhile, the customers in Europe with an appetite for fast wagons should keep their fingers crossed for another Golf R Variant and possibly a new Golf GTD Variant as well. We believe a plug-in hybrid GTE would also make sense on the Old Continent where there’s still strong demand for wagons and plug-in hybrids are becoming increasingly popular.

Volkswagen hasn’t said a word about the debut date of the new Golf Variant. Chances are high we will see it this fall but the manufacturer has to unveil the GTI TCR and R variants before that.