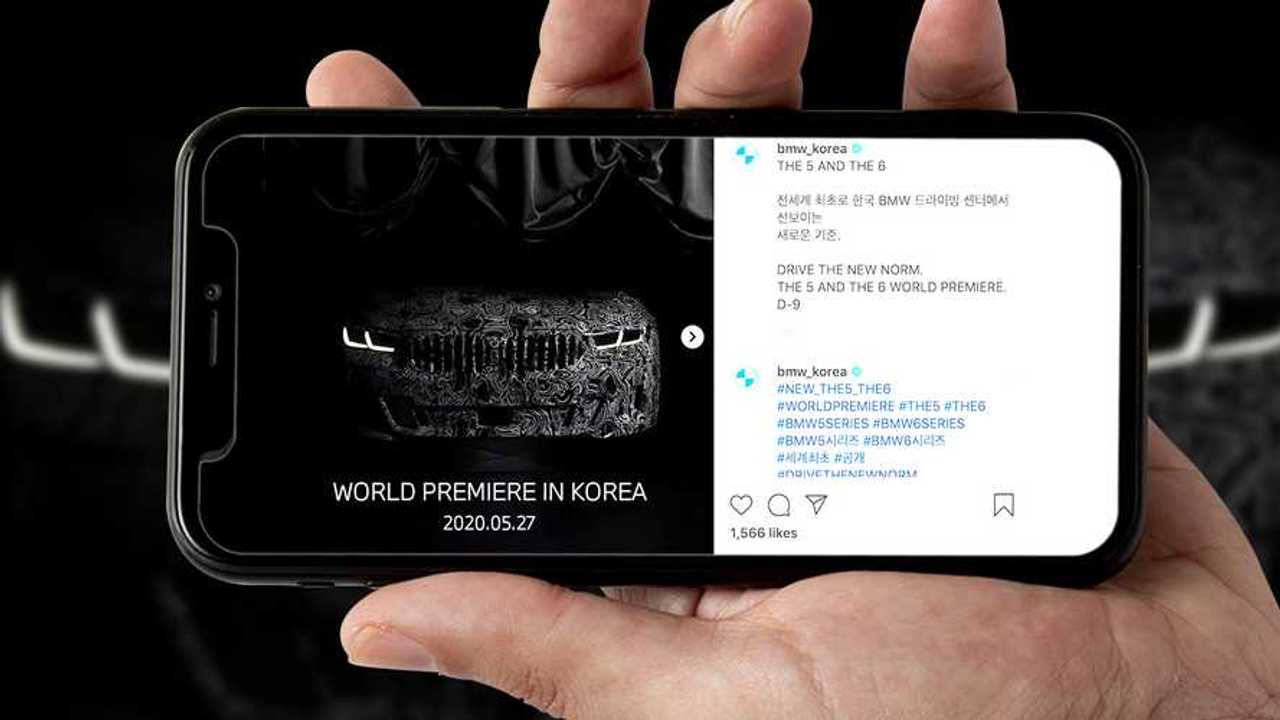 The midsize Bimmers will take their first official bow in Korea.

The BMW 5 Series sedan is getting a mid-cycle update for 2021, and depending on one’s point of view, the updated styling looks either refreshingly restrained or unimaginative. The midsize sedan will make its official debut on May 27 in Korea, alongside a likewise-facelifted 6 Series Gran Turismo.

What's Next For Bimmer:

Based on the shadowy teaser BMW Korea posted on Instagram, the life cycle impulse (or LCI, BMW-speak for facelift) 5 Series will retain surprisingly understated styling, particularly the kidney grille. Although a bit larger (and reshaped to recall the 8 Series), the 5er’s new air inlets aren’t nearly as extreme as those of the refreshed 7 Series.

BMW Korea also released a very heritage-friendly teaser video on Instagram, showing each previous generation of 5 Series in rapid succession before offering up a silhouette of the G30 LCI. The current 5 Series marked something of a return to form for the nameplate, with more athletic handling and cleaner styling than the car it replaced. The facelift likely won’t buck the trend, although don’t be surprised to see added power and torque.

The current 5 Series (codenamed G30) has been sold in the US since the 2017 model year, with the unusual, hatchback-shaped 6 Series Gran Turismo following a year later. BMW announced last year that the 6 Series Gran Turismo would not return to the company’s U.S. lineup for 2020, and we don’t think the refresh will change that decision (though it will continue to be offered in other markets).