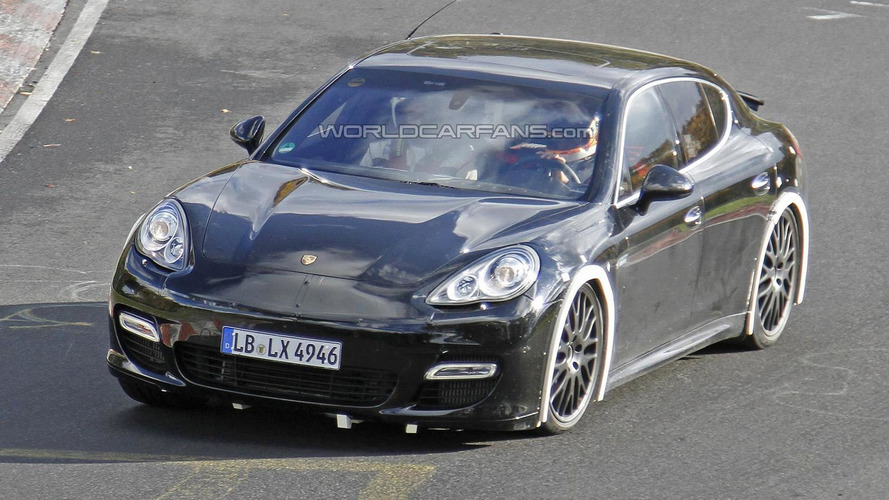 Our spies have sent us an additional batch of photos with a mule of the second generation Porsche Panamera.

Our spies have sent us an additional batch of photos with a mule of the second generation Porsche Panamera.

Earlier this week we brought you the very first pictures of the all-new Porsche Panamera which according to our sources will go on sale sometime in 2016 so it will probably be unveiled towards the end of 2015. Just like before, the prototype was seen undergoing preliminary testing on the Nürburgring in Germany and chances are Porsche was trying to establish the appropriate clearance on the new chassis judging by the foam-wrapped extended wheel arches.

Details about the second-gen Panamera are scarce at the moment but the car is expected to ride on Volkswagen Group's MSB platform which will also underpin the Bentley Continental. As a result of the platform switch, the 2016 Panamera should go on a 91 kg (200 lbs) diet and will reportedly take design cues from the Panamera Sport Turismo concept exhibited at last year's Paris Motor Show.