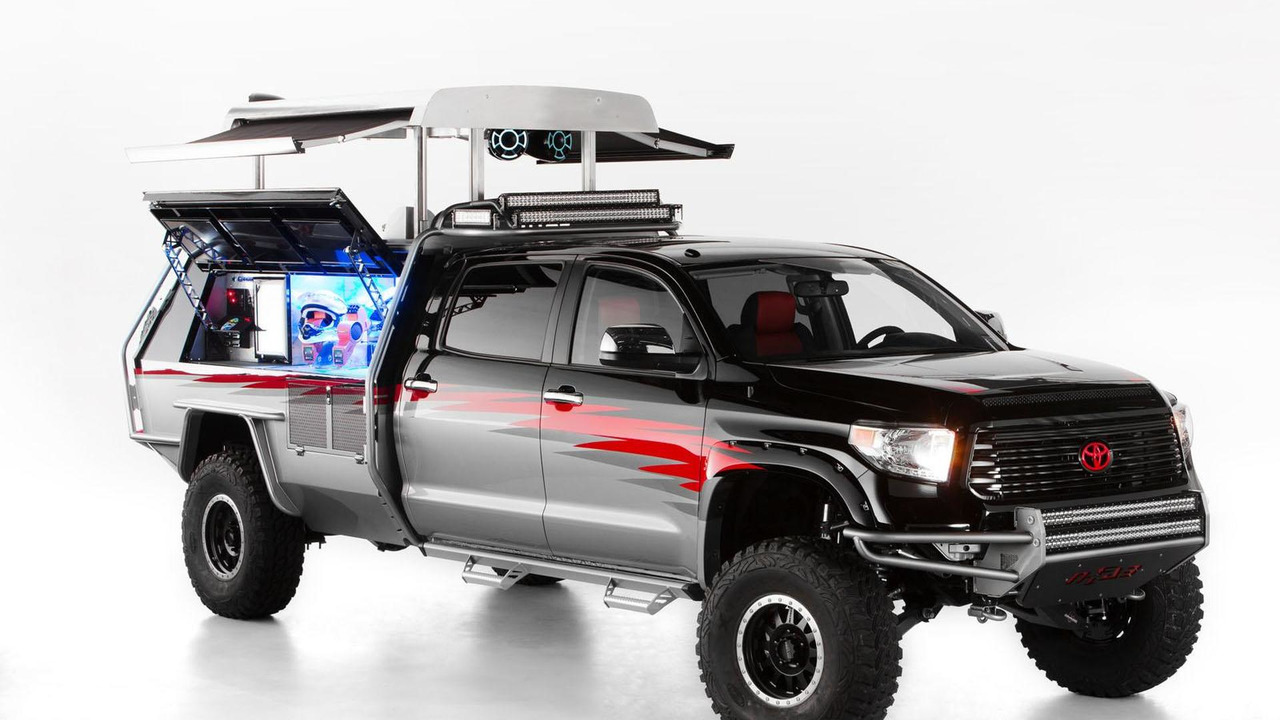 Toyota has unveiled the Crusher Corolla, the Let's Go Moto Tundra and the CamRally for their Dream Build Challenge at the SEMA Motor Show.

Toyota has unveiled the Crusher Corolla, the Let's Go Moto Tundra and the CamRally for their Dream Build Challenge at the SEMA Motor Show.

First up, the Crusher Corolla was developed by BMX rider Drew Bezanson and Skullcandy. It features a colorful exterior with a bike rack, rally wheels and "grind rails" on the front and rear bumpers. The model has also been equipped with a bespoke interior and an upgraded audio system which is controlled by an iPad.

Moving on, the CamRally is a rally-inspired Camry from NASCAR driver Parker Kligerman and Kyle Busch Motorsports. Dressed in vintage Toyota racing colors, the model is equipped with a wide body kit, rally wheels and a prominent rear spoiler. The car also has racing seats, a roll cage, high-performance brakes and a Turbonetics turbocharger.

Lastly, the Let's Go Moto Tundra was developed by Joe Gibbs Racing Motocross (JGRMX) teammates Josh Grant and Justin Brayton. It features a rugged appearance thanks to a 12-inch lift, off-road tires and a heavy duty front bumper. The rear bed has also been replaced by a custom-built metal box with electronically-operated awning that open up to reveal three TVs, a video game console, a refrigerator, a power washer and a helmet dryer - among other things.

Toyota is currently holding a contest to determine which concept fans like best. The winner will be announced during a special internet broadcast on November 5th.