Atlanta Could Get Dedicated Area For Street Racing 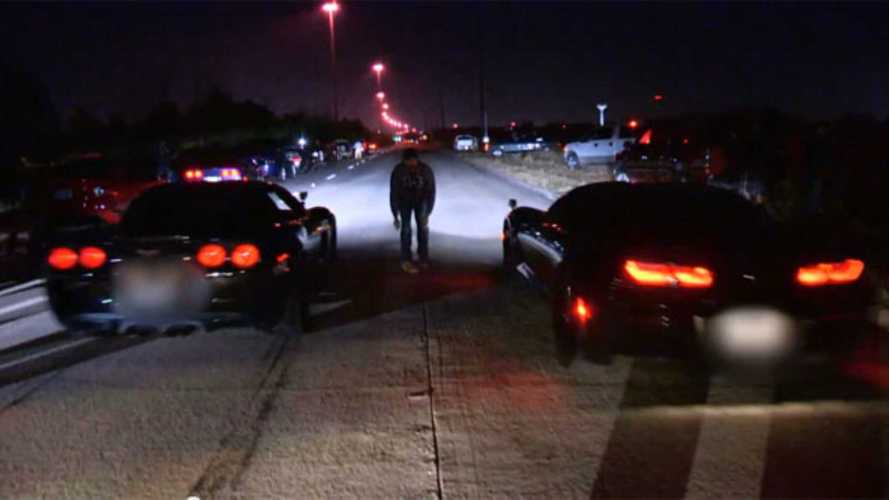 While most people are staying indoors and going to bed once the sun goes down, the streets are mostly empty in even the biggest cities. While the police are still out in full force, it's the streets of Atlanta, Georgia that seem to be getting busier, but with the sound of burnouts, donuts, and cars going way above posted speed limits. It's a problem that has compounded these past few weeks, and while the fines have been raised in an effort to deter bad behavior, the issue has gotten so out of hand that city officials are considering more creative ways to take the hooliganism off public roads.

Bloomberg Associates, a municipal consulting agency set up by New York's former mayor of the same last name, has been working closely with Atlanta officials. Their mission is to come up with solutions to stop illegal street racing in the city. But the idea they've been considering the most comes from Mayor Keisha Lance Bottom's 18-year-old son – by setting up a designated space for street racing and its associated antics. "Along with Bloomberg, who we’ve reached out to help us do some benchmarking and assessment of what’s happening in other cities has been to consider a designated space for street racing,” said Mayor Bottoms while addressing the Atlanta's City Council over the phone. According to The Drive, other cities have also considered a similar idea even before the coronavirus, stating that Detroit had sanctioned some sideshows in early March, resulting in a few accidents with spectators but no major injuries. Jalopnik ran a story on this, too. More importantly, the general public was not inconvenienced or in danger during these events.

What do you guys think? Essentially, it's taking the thrill out of street racing, which is exactly why these people do it in the first place; the element of danger and getting caught. There's a general consensus that anything that takes the racing off the streets is good enough for everyone, and, frankly, that may just be the best course of action for now.

Source: CBS46 via The Drive