Production will be about three months behind that of the gas-powered models.

When Chevy trotted out its new Suburban and Tahoe SUVs late last year for 2021, their new designs hid familiar engines. A pair of V8s carry over from the previous generations, though Chevrolet did spice things up with one announcement – the availability of the company’s 3.0-liter straight-six Duramax diesel engine. However, customers eager for the new engine will have to wait, according to a new report from GM Authority.

The publication reports that it learned that the production of diesel-powered Tahoe and Suburban SUVs would begin about three months after non-diesel production begins. Deliveries of the gas-powered models are expected to start next month. The delay isn’t unexpected. Back in February, when Chevy confirmed the Tahoe’s pricing, the automaker also said Tahoe diesel engine production would begin this fall. That lines up with GM Authority’s report, though now we know it includes the Suburban. Still, that’s not surprising considering their relationship.

Here's What You Need To Know: 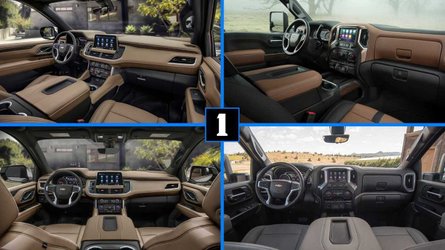 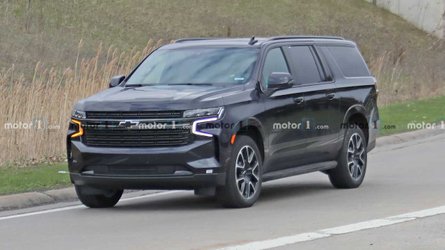 Deliveries for the SUVs are expected to commence next month, even with the ongoing coronavirus pandemic. When the Tahoe arrives, it’ll start at $50,295 with the top-tier Premier Trim starting at $63,895. The Suburban starts at $52,995 but eclipses the Tahoe with its top High Country trim requiring $73,595. The optional diesel engine will likely require a price premium, too; however, it’s still unclear how much. We won’t know, either, until we’re closer to the model’s on-sale date.