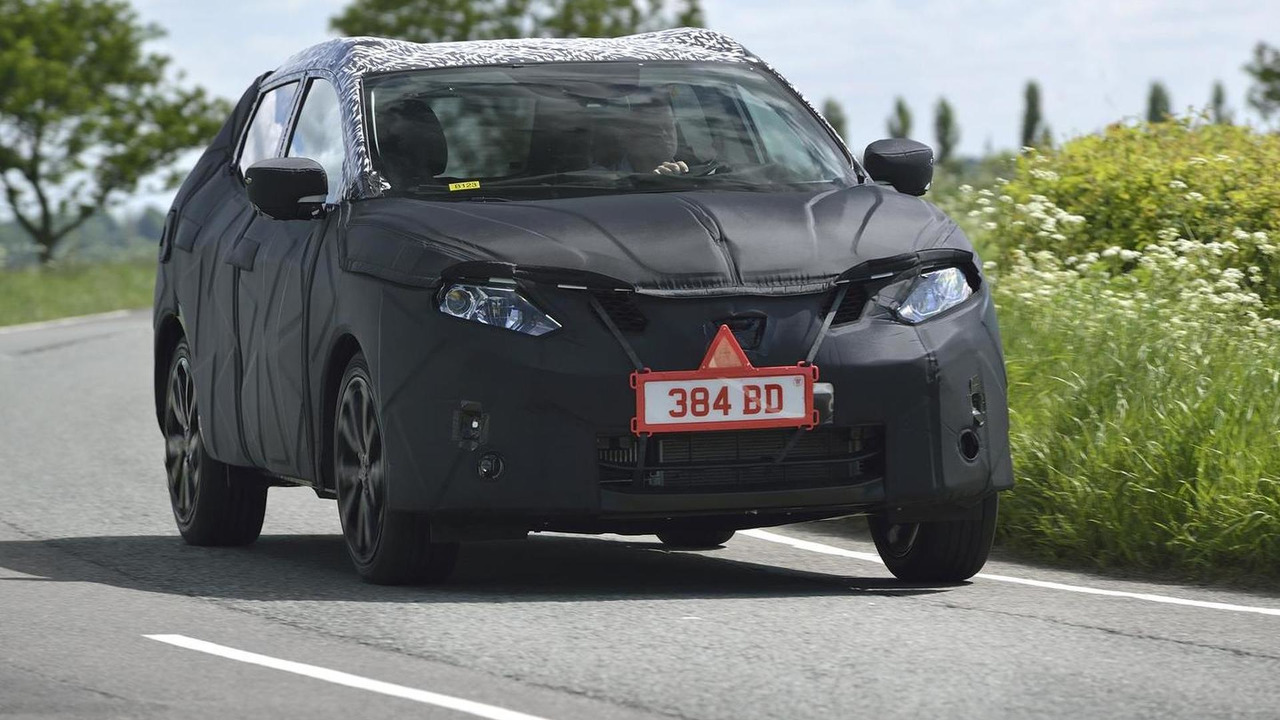 Nissan is teasing the second generation of the Qashqai once again, following a render released on Monday.

Nissan is teasing the second generation of the Qashqai once again, following a render released on Monday.

The company's marketing department is working hard to create a lot of buzz for the new Qashqai which will be revealed in full next Thursday. They use some big words like "the most significant car in its modern history" for a model which has been "reinvented from the ground up" and can "redefine the crossover sector and set new standards." Nissan says the second-gen Qashqai has been developed and tested around the entire world in various weather conditions, while the fine-tuning was conducted at the company's Technical Center Europe in UK.

Details are limited at this moment but the crossover will likely get a new 1.2-liter turbocharged DiG-T gasoline engine with 113 bhp (84 kW) as well as two diesels, a 108 bhp (80 kW) 1.5-liter dCi and a 128 bhp (95 kW) 1.6-liter dCi. Nissan's plans are to offer the new Qashqai as a plug-in hybrid and/or as an EV but this will happen later on during the car's lifetime.

Chances are there won't be a "Qashqai+2" version since the 2014 X-Trail will be available with an optional seven-seat layout. The car will be based on the Common Module Family platform co-developed by Nissan with Renault.

Full details will be available on November 7.