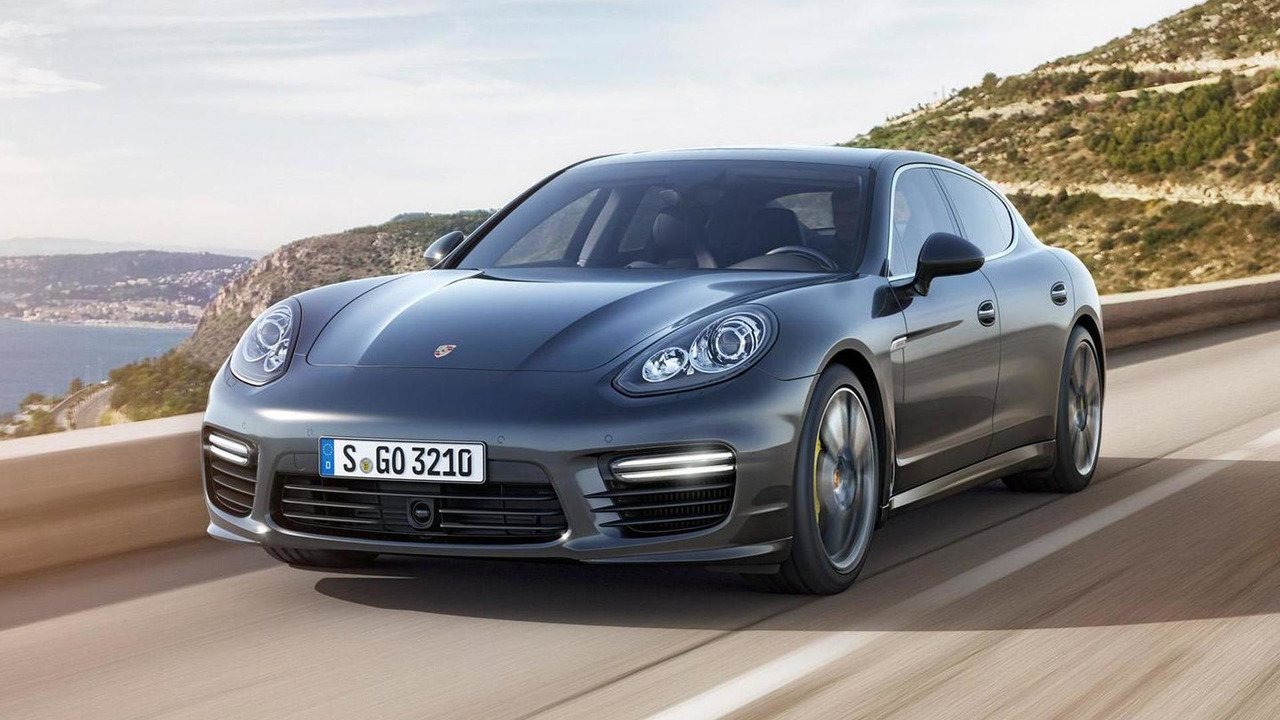 Porsche has completed the 2014 Panamera facelift lineup with the introduction of the Turbo S model.

Porsche has completed the 2014 Panamera facelift lineup with the introduction of the Turbo S model.

Joining the already launched standard Panamera and the Turbo and E-Hybrid derivatives, the Turbo S is now 20 HP (15 kW) more powerful than its predecessor, raising the horsepower number of the V8 4.8-liter twin-turbo to 570 HP (419 kW). The additional oomph is now available thanks to new turbochargers with a larger compressor improving air flow and combustion. The range-topping Panamera needs 3.6 seconds until 60 mph (96 km/h) before topping out at 192 mph (309 km/h).

It has the same styling updates as seen on the lesser models including a revised front bumper with bigger air intakes and reworked LED headlights. The back of the car shows a larger window stretching within the tailgate, as well as a body-colored four-way spoiler and an updated bumper.

One of the most significant changes of the Turbo S facelift is the addition of an Executive version which extends the wheelbase by 5.9 inches (150mm) so there is more room inside the cabin, especially for those sitting in the back.

Further info can be found in the attached press release.