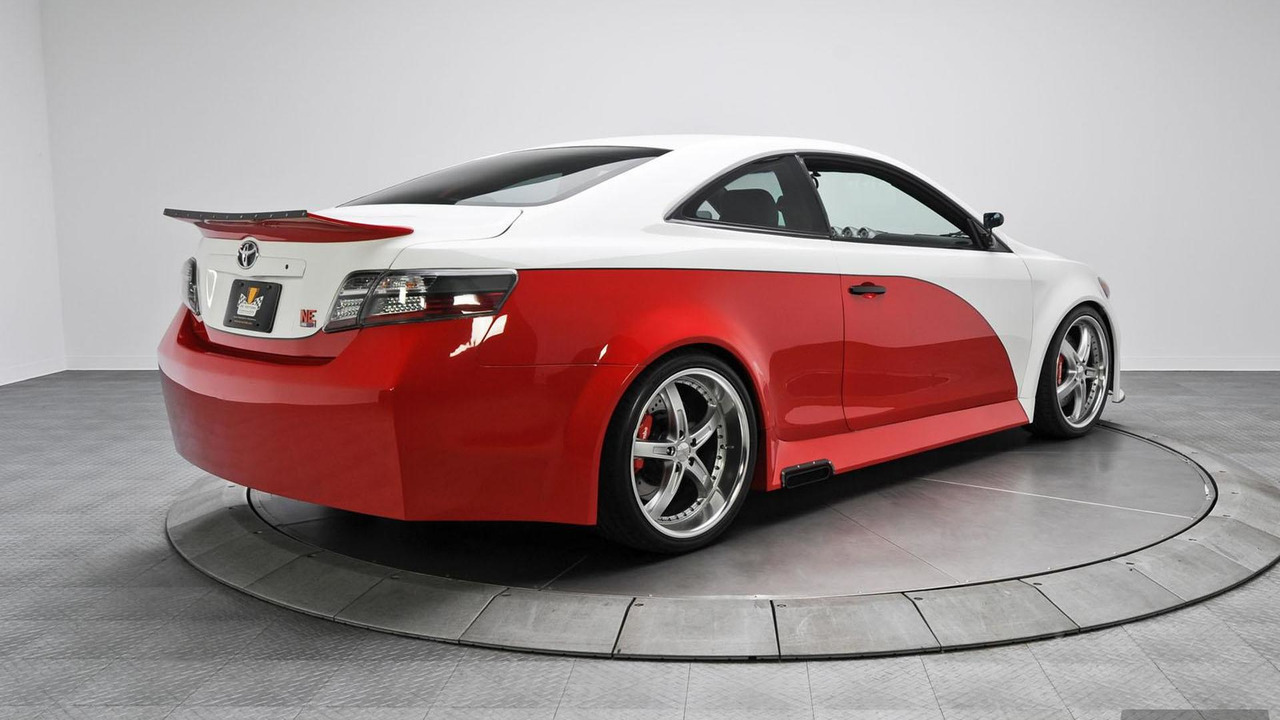 Originally unveiled at the 2010 SEMA Motor Show, the Camry NASCAR Edition is a street-legal, two-door coupe that was jointly developed by Toyota and RK Motors.

Under the hood, there's a 5.9-liter NASCAR V8 engine that develops 680 bhp (507 kW). It is connected to a six-speed manual transmission which sends power to the rear-wheels.

If that hasn't tickled your fancy, RK Motors will also offer a 2012 Lexus LFA Nurburgring Edition with just 366 miles (589 km) on the odometer. Named after Germany's famous circuit, the limited edition has a carbon fiber body kit, a retuned suspension, an upgraded six-speed sequential transmission and a 4.8-liter V10 engine with 562 bhp (419 kW). It enables the car to accelerate from 0-100 km/h in 3.7 seconds and hit a top speed of 325 km/h (202 mph).

The auction kicks off tomorrow at the Charlotte Convention Center and runs through November 3rd.