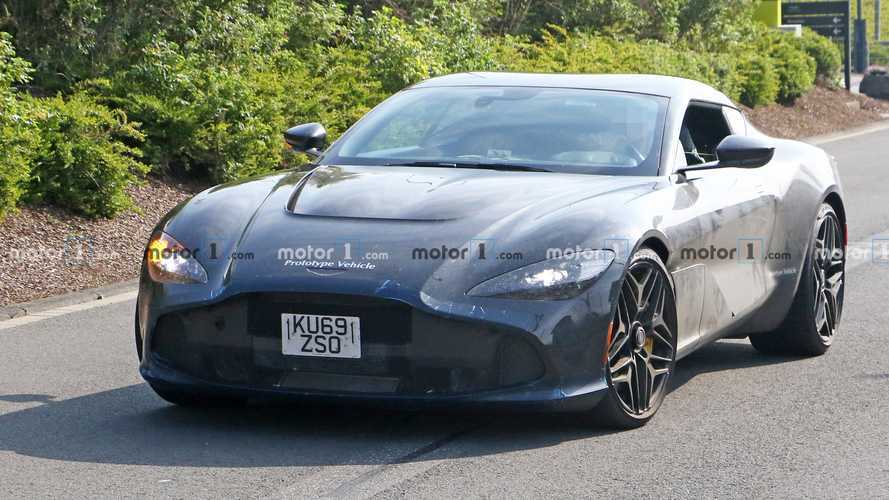 The company is making just 19 of them.

The Aston Martin DBS GT Zagato is an absolutely gorgeous grand tourer, but the company is making just 19 of them. This fresh set of spy shots offers a look at the rare model in the real world. The color scheme is much more subtle than the one in the official debut photos in red with lots (maybe too many) gold accents.

This DBS GT Zagato has its body in exposed carbon fiber, except for some tape around the grille, which appears to be more for protecting the leading edge rather than concealing anything. The nose features elegant sculpting and a rear-facing outlet in the center. There doesn't appear to be a body seam for the hood, which suggests the entire front is a clamshell piece that tilts open.

Zagato's trademark double-bubble roof leads to one of the DBS GT's oddest design features: there's no rear window. While there are obvious safety implications of not being able to see directly behind the vehicle, the styling decision creates a unique shape for the tail of the limited-run vehicle.

Farther back, there are three-dimensional taillights and a tiny active spoiler that you can see poking upward in these photos. A prominent diffuser outlines the four exhaust outlets.

The example of the DBS GT Zagato from its debut featured what the company claimed was the "first automotive application of configurable carbon and metal 3D-printed interior finishes." The glimpse through the open window of this one suggests that it doesn't have this luxurious detailing. For a prototype vehicle, the material isn't necessary.

The DBS GT Zagato is only available as part of a pair with the DB4 GT Zagato Continuation, and Aston Martin calls the combined offering the DBZ Centenary Collection. The combined cost for each set is £6 million ($7.31 million at current exchange rates). The first examples of the DBS GT Zagato were supposed to go to customers in the fourth quarter of 2020, but it's not clear whether the company's factory closures due to COVID-19 might have affected this plan.