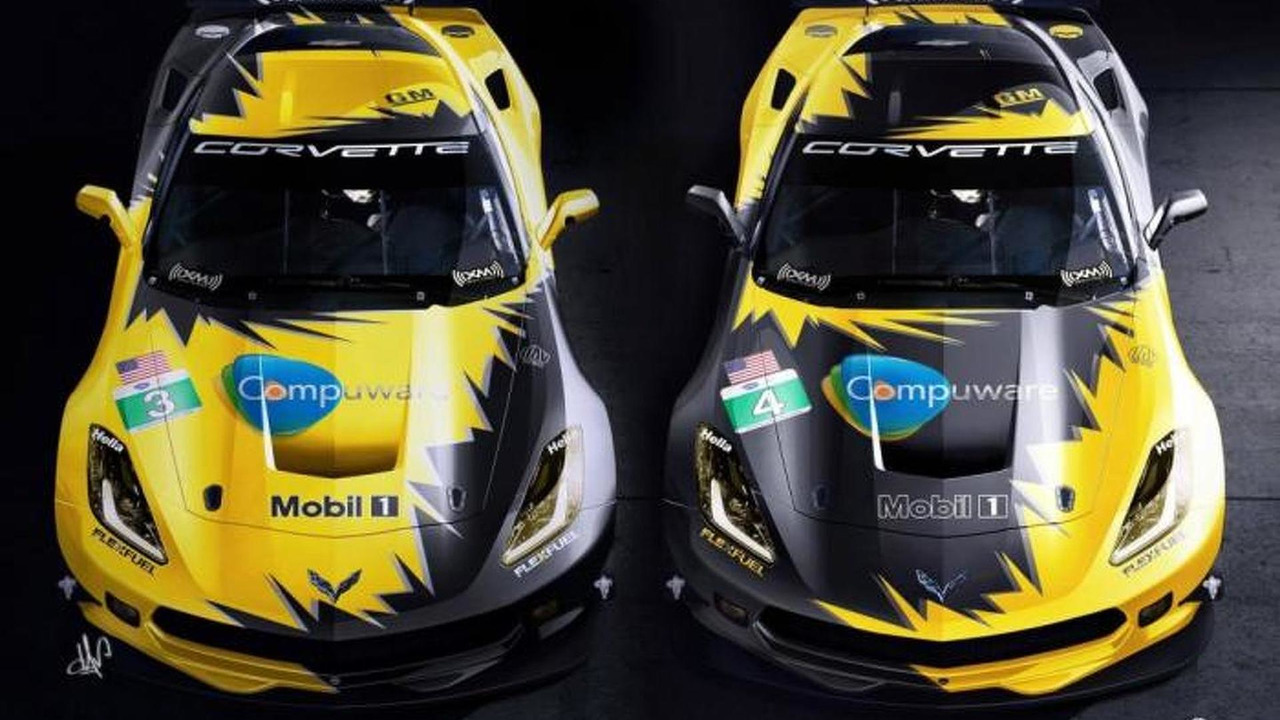 The first undisguised picture of the 2014 Corvette C7.R has surfaced online.

The first undisguised picture of the 2014 Corvette C7.R has surfaced online.

Set to compete in the TUDOR United SportsCar Championship, the C7.R has a two-tone exterior with a front splitter, a ventilated hood and a prominent rear wing.  We can also see carbon fiber canards and plenty of sponsor logos.

There's no word on what powers the model but the "Flex Fuel" badging suggests it can run on petrol or ethanol.  That's not much to go on but previous reports have indicated it will use an upgraded version of the 5.5-liter V8 that resides in the C6.R.

The Corvette C7.R will compete in the Rolex 24 At Daytona on January 25th, so we should learn more in the coming months.

Update: As Jed_Lilly pointed out, the picture appears to be a rendering instead of the real deal