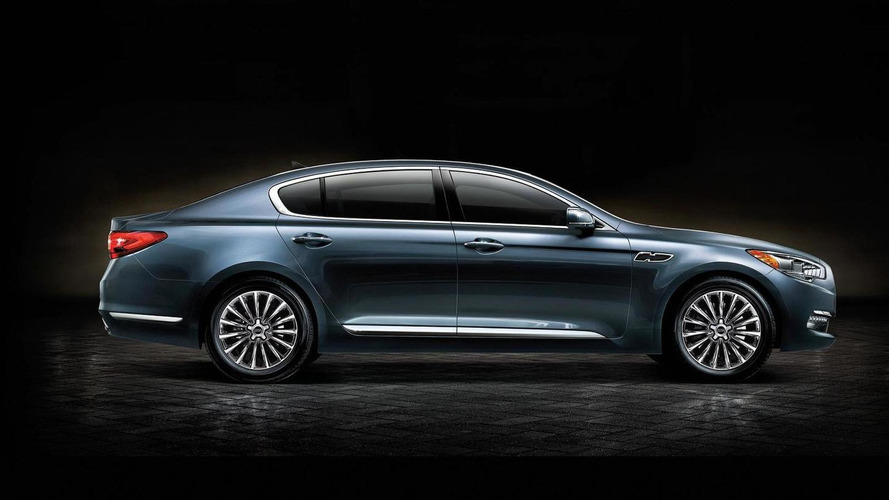 Kia has announced plans to show the 2014 U.S.-spec K900 at the Los Angeles Auto Show next month.

Kia has announced plans to show the 2014 U.S.-spec K900 at the Los Angeles Auto Show next month.

It turns out previous rumors were spot on as Kia will be introducing a flagship model in the United States which will be sold with the K900 moniker and will sit above the Cadenza. The rather uninspiring “K900” nameplate comes after Kia faced an injunction over the Quoris name.

Since the aforementioned Cadenza kicks off at 35,900 USD, chances are the K900 will begin at around 50,000 USD and top out at 70,000 USD for the fully-loaded model. In an interview given to Edmunds, Kia Motors America spokesman refused to specify whether the K900 will be based on the recently facelifted 2014 Hyundai Equus.