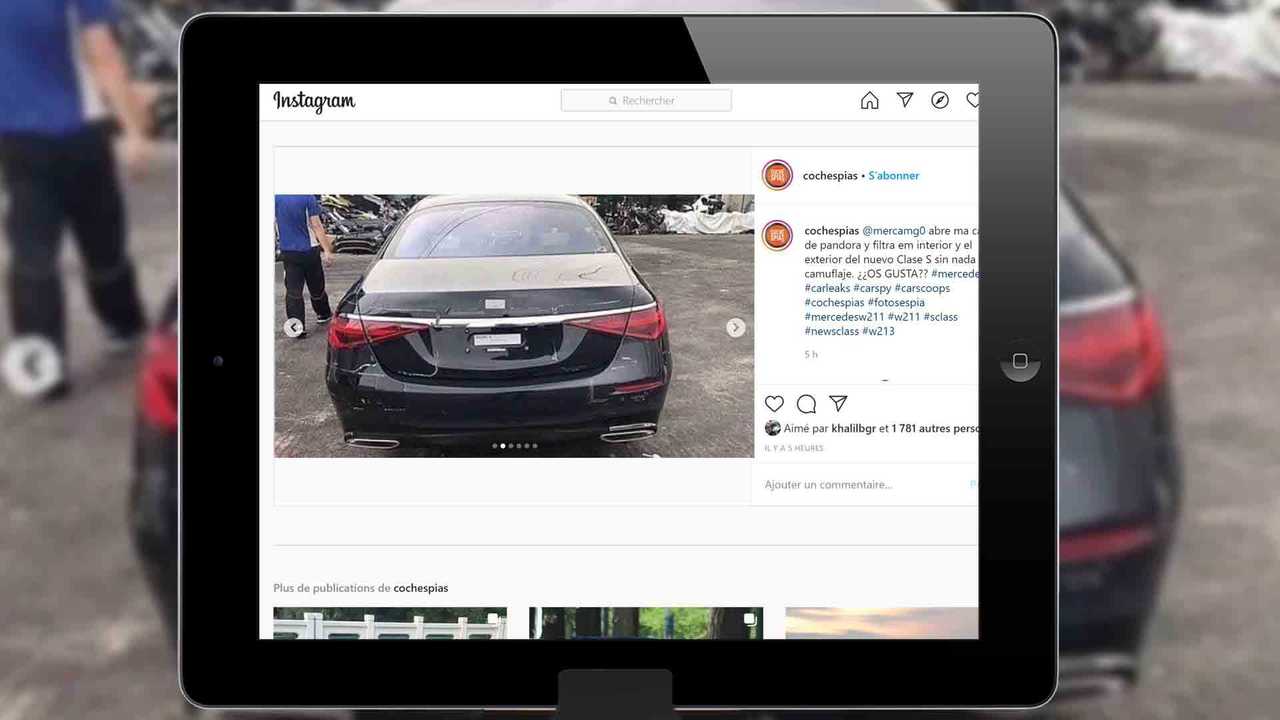 This is it, inside and out.

Spied relentlessly in recent months while carrying lots of camouflage, the new Mercedes S-Class fully reveals itself today courtesy of images showing a near-production prototype with 99 percent of the disguise gone. Published on Instagram by cochespias, the adjacent photos reveal an oh-so-familiar exterior design and a revamped interior that basically has nothing in common with the outgoing model.

From the outside, the W223 follows the company’s recent design language applied to the CLS, but obviously in a bigger size. The taillights are quite similar to those of the swoopy sedan, only this time there’s a relatively thick piece of metallic trim spanning across the entire width of the rear. Those dual exhaust finishers seem to be faux, which unfortunately is something we should all be getting used to by now.

There's more than one photo below, so click on the right arrow to see all of them.

Moving at the front, the grille has a different shape and appears to be slightly larger than before to lend the S-Class a more imposing look while following the same path taken by other luxury brands. The overall design does not represent a significant departure from the outgoing model, but that’s to be expected when talking about a German car. The biggest change at the front is represented by the headlights, which although follow recent Mercedes designs, the clusters have their own identity to separate the S-Class from the lesser models.

As expected, by far the biggest modifications will take place inside the cabin. It’s an all-new design previewed last year by the Vision EQS, but obviously not as fancy. The portrait-oriented touchscreen of the MBUX infotainment system will certainly generate a lot of controversies, but what really puzzles us is that huge gap in the dashboard. Could it be for some sort of a head-up display with support for augmented reality navigation? We don’t think the digital instrument cluster fills that hole because the screen seems to be wider than the gap, so it wouldn’t fit.

You’ll notice the new steering wheel introduced with the 2021 E-Class facelift and the side vertical air vents clearly derived from the Vision EQS. Making the screen on the center console so large has allowed Mercedes to incorporate most of the car’s functions into the display to eliminate the vast majority of the conventional buttons. There still seems to be a row of controls at the base of the MBUX, probably for the hazard lights and other important functions.

See Other Versions Of The New S:

This particular car was fitted with a rear-seat entertainment system to bring the grand total of screens to four. Actually, there’s a fifth display if we’re taking into account the tiny one for the rear-seat climate controls. Come to think of it, the central armrest might be holding the sixth screen, providing access to the numerous functions of the seats as well as the window blinds and other goodies.

While the quality of these images is certainly not worthy of the S-Class’ prestige, the cat is out of the bag. Mercedes will unveil the next iteration of its flagship model in the months to come, with a luxed-up Maybach and an armored Guard likely not far behind. The two-door Coupe and Convertible are reportedly not returning for a new generation due to poor demand, but the next AMG GT and SL will fill that void.