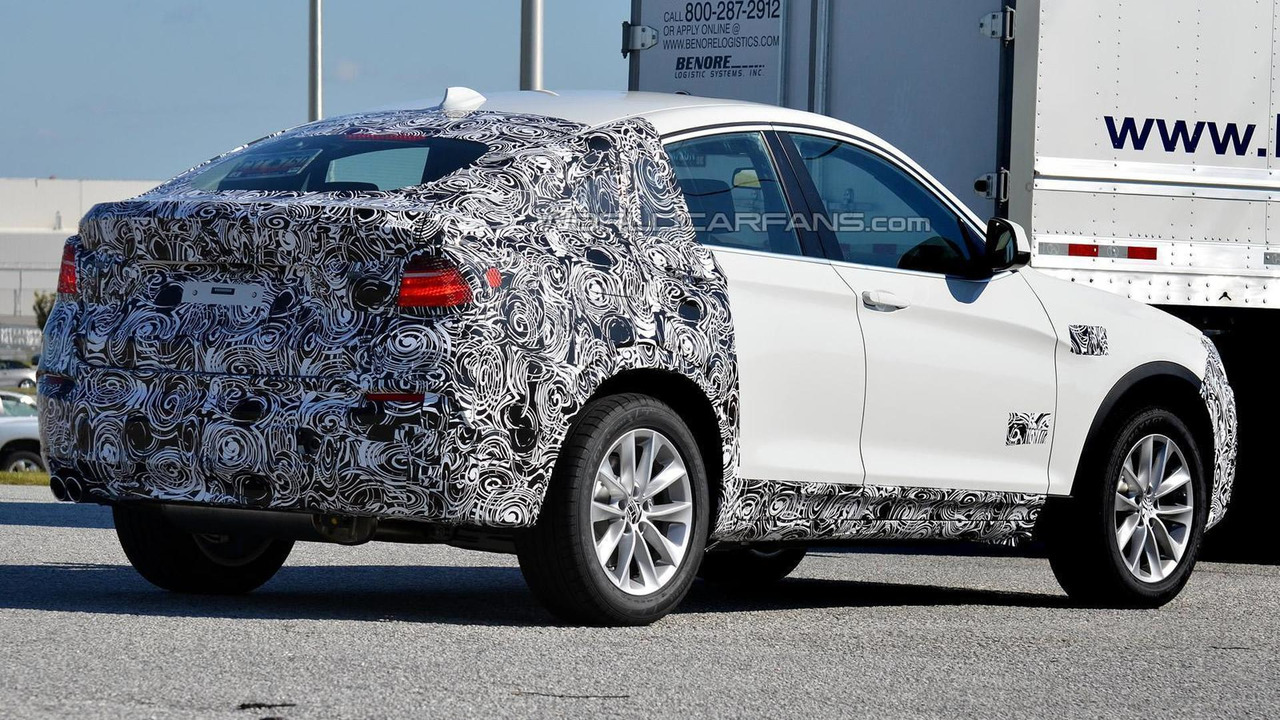 The 2014 BMW X4 has been spied undergoing  testing on the Nürburgring.

Set to go on sale early next year, the model was previewed by the X4 concept and follows in the footsteps of the larger X6. As a result, it eschews the X3's traditional styling for a sportier shape that has a more aggressive front bumper and a coupe-like profile.