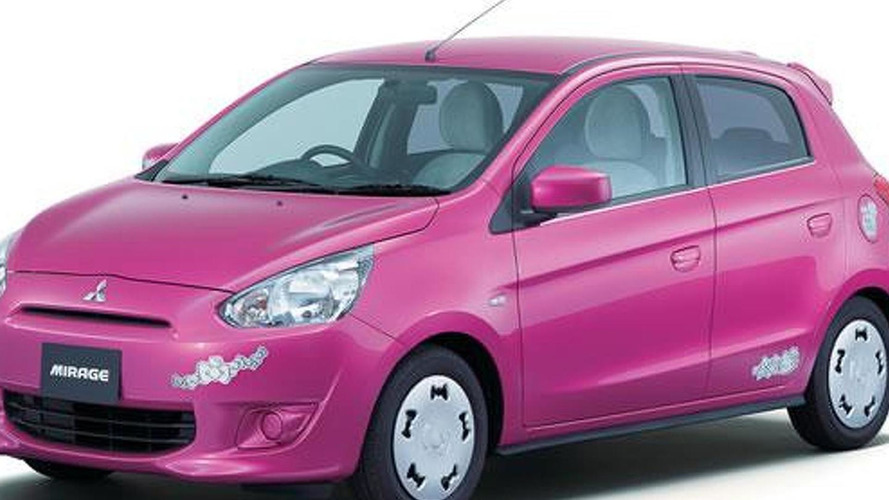 Mitsubishi has announced plans to locally offer the Mirage in a limited-run Hello Kitty edition.

Mitsubishi has announced plans to locally offer the Mirage in a limited-run Hello Kitty edition.

Now we have seen it all. The special edition trend has reached new heights as Mitsubishi will be selling the Mirage in a Hello Kitty-themed version starting November 1. Limited to 400 cars, this limited-run version was created to celebrate the 40th birthday of the widely known character created by Sanrio.

Noticeable features will include a bright pink paint job, bespoke hub caps with the Hello Kitty ribbon, along with Hello Kitty-themed upholstery.

It will be sold only in Japan at a starting price of 1,116,570 yen (about 11,500 USD / 8,300 EUR / 7,100 GBP). Given the character’s popularity around the world, Mitsubishi is currently taking into consideration selling the car outside Japan but a decision has not been made so far.