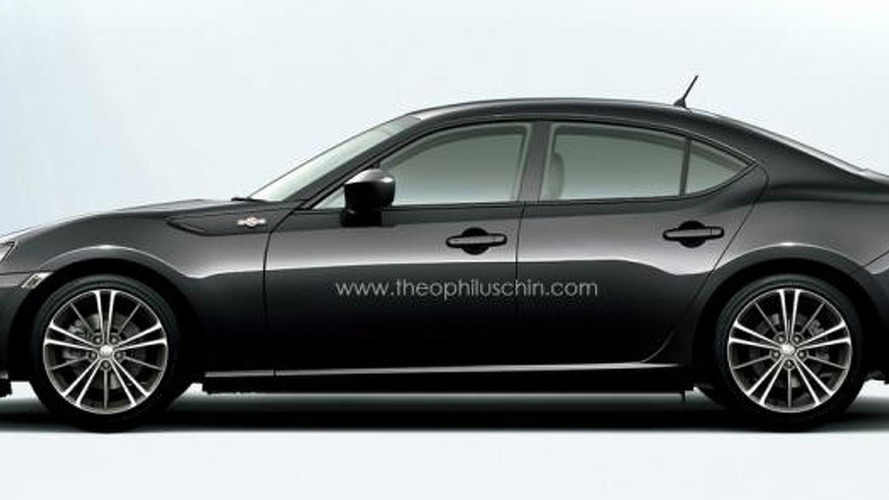 According to a recent report, Toyota has approved production of a GT 86 sedan.

According to a recent report, Toyota has approved production of a GT 86 sedan.

Citing an "inside source," Auto Express is reporting the model will ride on the same platform as the GT 86 but feature a wheelbase that has been stretched by 100mm (3.9 inches). The car coud also have a revised grille that resembles a samurai sword.

The familiar 2.0-liter four-cylinder engine will carryover and produce 200 bhp (149 kW) and 151 lb-ft (205 Nm) of torque. There could also be a Hybrid R variant that produces 250-270 bhp (186-201 kW) and is 10-15 percent more fuel efficient than the standard model. Little is known about the rumored hybrid, but the source said it could use a kinetic energy recovery system (KERS) and an electric motor to temporarily deliver an extra burst of power to the rear wheels.