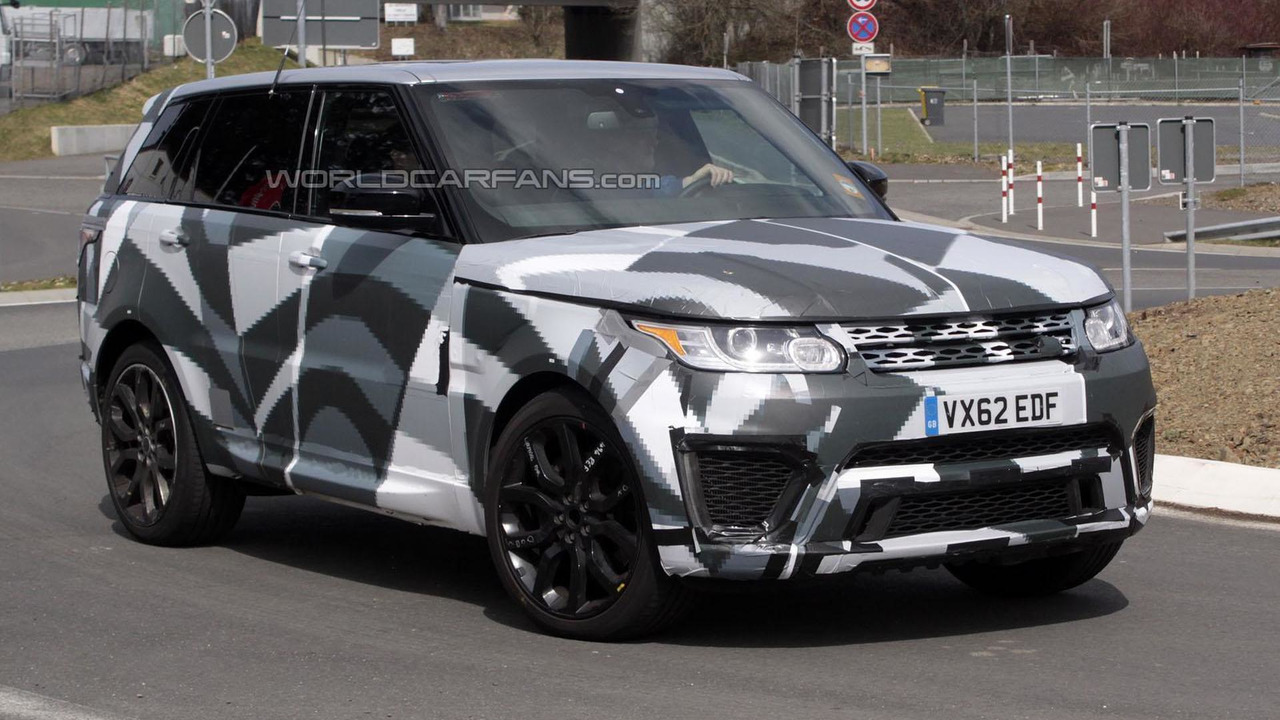 The Range Rover Sport and Evoque where seen testing at the Nürburgring in the hotter RS trim.

The Range Rover Sport and Evoque where seen testing at the Nürburgring in the hotter RS trim.

Two prototypes were spied undergoing testing at the 'Ring ahead of what we assume will be a 2014 market launch. Reports are speculating the Evoque RS will be the first to hit showrooms and is said to feature a 2.0-liter turbocharged gasoline engine delivering approximately 300 bhp (224 kW). Styling won't be that different compared to the standard model as Land Rover plans only minor tweaks.

As for the larger Range Rover Sport RS, this will allegedly have a 5.0-liter V8 engine outputting around 543 bhp (405 kW) which will be enough for a 0-62 mph (0-100 km/h) sprint in less than five seconds. Chances are it will come with a slightly beefed up body kit to match the additional oomph, along with a sportier suspension setup and Brembo brakes.

Expect to see at least one of them to be showcased next month at the Los Angeles Auto Show.