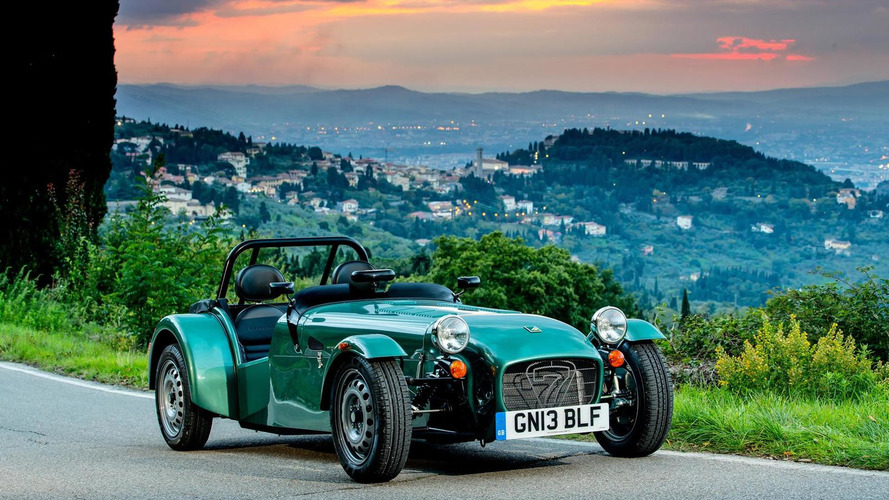 Caterham has released additional photos and info about its new entry-level model, the Seven 165.

Caterham has released additional photos and info about its new entry-level model, the Seven 165.

The new model was showcased to the public last month during the Frankfurt Motor Show and now we have more details of what will be Caterham's base model. In component form it will have a starting price of 14,995 GBP while the fully built model will cost from 17,995 GBP. It will be sold with the "Seven 160" moniker in UK and with the "Seven 165" nameplate in the rest of Europe.

Power comes from a Suzuki-sourced three-cylinder 660cc turbocharged EU6-compliant engine delivering 80 HP (59 kW) and 79 lb-ft (107 Nm) of torque transferred to the wheels via a Suzuki-derived five-speed manual gearbox adapted by Caterham. The car will need 6.5 seconds to reach 60 mph (96 km/h) before topping out at 100 mph (161 km/h).

Production of the Caterham Seven 165 will commence in January 2014, with deliveries programmed to kick off in spring.