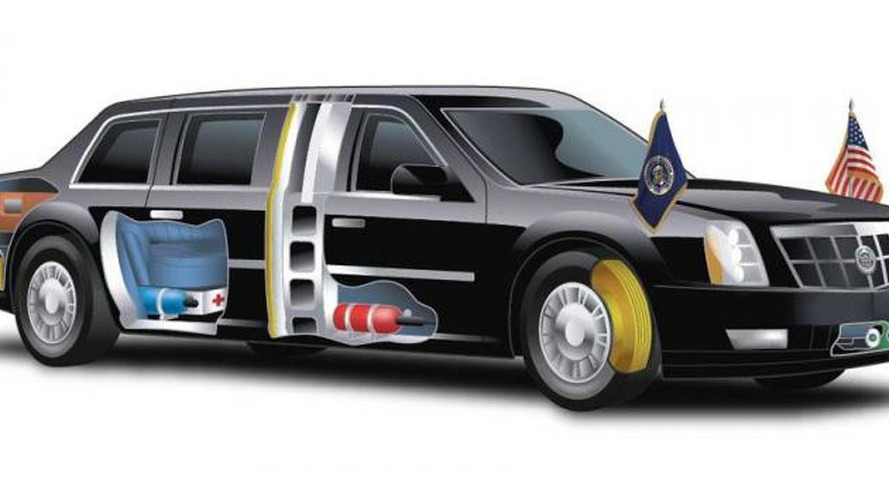 Juicy new details about Barrack Obama's presidential limousine have surfaced the web, more than three years after "The Beast" as it's called was introduced.

Juicy new details about Barrack Obama's presidential limousine have surfaced the web, more than three years after "The Beast" as it's called was introduced.

Although it bears some resemblance to a Cadillac, the presidential limousine is almost entirely different according to a Secret Service agent as even the badges on the hood and trunk are larger than standard. 12 vehicles have been manufactured so far by one of GM's R&D arm in Detroit and the car is being described by the same agent as a "truck that looks like a limo. And it drives like one, too."

It won't win any mpg marathons as it returns only 3.7 mpg US (4.4 mpg UK or 63.5 liters / 100 km) due to the added protection features which have bumped weight to approximately 15,000 lbs (6,800 kg). It costs 1.5M USD and comes with extremely thick armor plating on the doors which make them so heavy that it's almost impossible to open from the inside.

The vehicle's fuel tank is also armor-plated and wrapped around in special foam for protection against rupture in case of an accident or a small gunfire attack. As you would imagine, there's also a fire-suppression system on-board, special locking mechanisms, grille-mounted night-vision camera and military-grade armor surrounded by removable fiberglass sheets on the fenders and doors.

The cabin of the gasoline V8-powered presidential limo is sealed for protection against a chemical attack and comes with an encrypted satellite phone and a special interactive video system. The door's armor plating is eight-inch thick while the bulletproof windows are five-inch thick – all for the purpose of providing the best in-car passenger protection as possible at this moment.