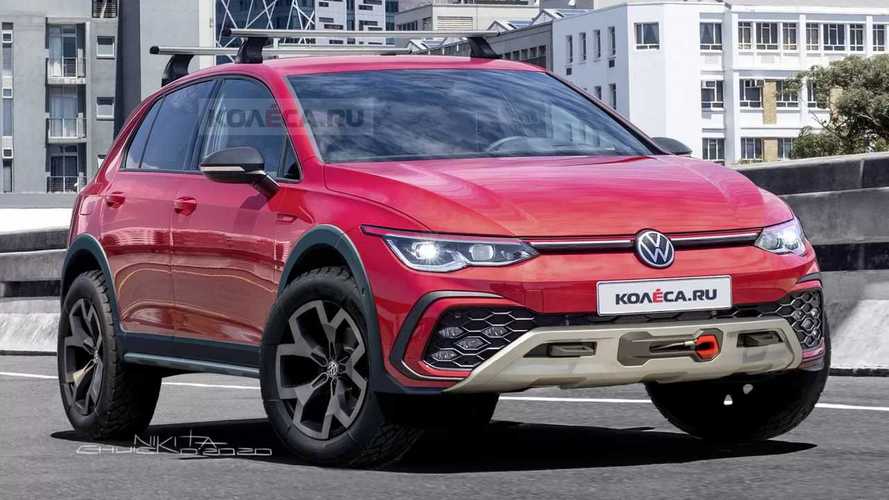 The Golf crossover from the '90s gets a fictional return.

With 210 millimeters (8.3 inches) of ground clearance and dressed up as an off-roader, the Golf Country didn't sell well, sadly. Only less than 8,000 samples were made in three years, and that's maybe because crossovers weren't really a thing at that time.

These days, however, with the apparent popularity of crossovers globally, a modern Golf Country could work out well for Volkswagen, that's why our friends at Kolesa.ru made a modern rendering of the old Golf off-roader.

Tesla Cybertruck Treatment Given To Iconic Cars In Weird Renderings

With the Golf 8 as its basis, Kolesa gives the hatchback bigger wheels and high profile tires, which makes the rendering here showing considerable ground clearance. The presence of roof rails and plastic cladding makes it more rugged than the old Golf Alltrack from before. Plus, we'd imagine this one to have 4x4 capabilities, just like the '90s Golf Country.

VW Golf GTE PHEV Hot Hatch Is Not Coming To The U.S.

Volkswagen won't likely make another Golf Country despite the commercial success of crossovers these days. The German marque already has several crossovers in its lineup and making a lifted Golf won't probably do any good in terms of cannibalizing the sales numbers of the other VW SUVs.

But then again, we'll never know. If there will be a Golf Country and it looks like this, do you think it will sell or will it face the same fate as before?