It's time for some naturally-aspirated action at the drag strip.

Rivalries. If you think about the great trio rivalries among Japanese carmakers, Toyota, Nissan, and Mazda would arguably come up in the conversation – and that's just because Nissan and Mitsubishi are working together so they won't really count as rivals.

In Germany, however, the trio rivalry is definite: Mercedes-Benz, Audi, and BMW. The three luxury automakers go head to head in almost every segment, in both passenger and utility vehicles.

Now, if there's any car from these three German marques that are on equal grounds, it would be the B8-generation Audi RS4, W204-generation Mercedes-AMG C63. and E90-generation BMW M3.

All three pumped-up compact sedans (and one wagon) are on equal footing when it comes to their power plants. Some might even say that these three cars are one of the greatest rivalries of all time. But which of them is the quickest, really? Carwow pit the three in a drag race, but let's crunch the numbers first.

Rivalries Born At The Drag Strip: 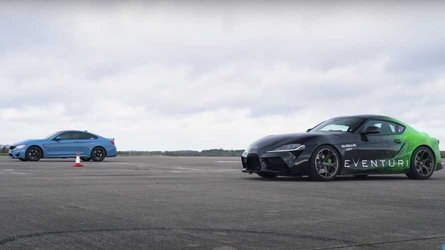 Can A Tuned Toyota Supra Keep Up With The BMW M4 In A Drag Race?
⠀ 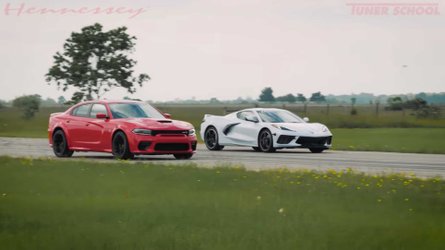 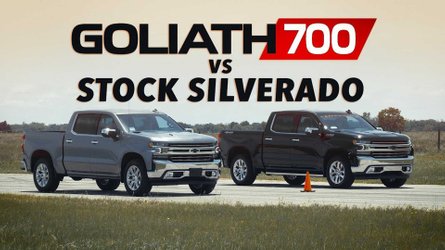 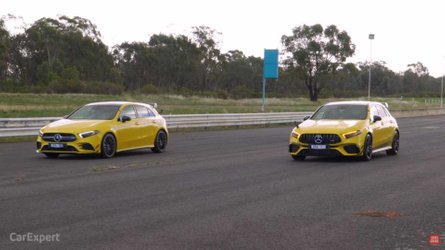 With all these numbers laid out, which one do you think wins a straight line race? Watch the video on top of this page to find out.