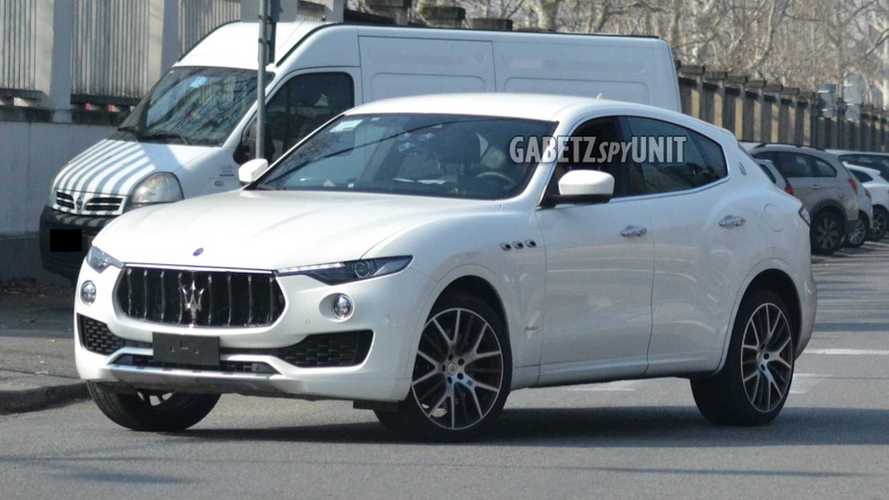 Don't look for exterior overhaul, though.

The Maserati Levante is turning four this year. The Italian marque started selling the luxury SUV in the United States in 2016 for the 2017 model year. With that, it's about time for Maserati to give its SUV a much-needed refresh – and we're starting to see prototypes running around, albeit, don't expect too much in terms of exterior aesthetic updates.

Posted by Walter Veyr also known as Gabetz Spy Unit on Facebook, two slightly-covered Levante SUV prototypes were seen testing around. Location wasn't specified on the post, but it's more likely to be near Maserati's factory in Turin, Italy.

There aren't any apparent updates at the front fascia, though. However, the taillights are concealed on the white prototype, which could be telling us that Maserati's updating the taillamp configuration of the upcoming 2021 model.

While there seems to be no apparent changes on the exterior of the 2021 Levante, the interior will more probably get the bulk of the revamp – as seen on the covered dashboard of the other prototype seen testing here. Of note, Fiat Chrysler Automobiles announced an update to its Uconnect infotainment system, which would probably transcend in the new Levante.

What's Next From Maserati?

Of note, this isn't the first time that the 2021 Levante has been spied testing on public roads. Back in February, a Levante Trofeo was spied testing in the snow – also with a covered interior but with a new 4.0-liter V8 under its hood that produces 590 horsepower (440 kilowatts).

As these spy photos and the previous images suggest, the updates on the 2021 Maserati Levante will be minor. Expect, however, that the updated SUV to be revealed during the second half of this year.