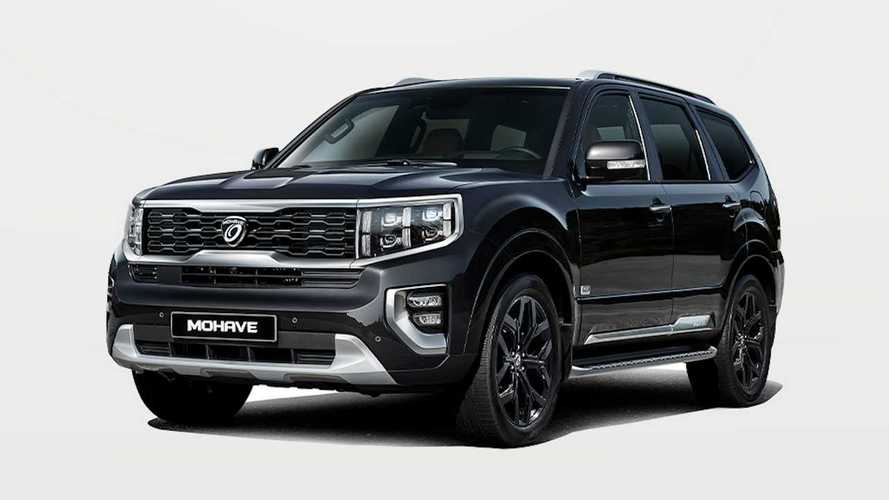 Care for a slightly spruced-up Mohave?

We can't deny that the Kia Mohave is getting old. Also known as the Borrego in the United States before, the midsize SUV sits on a more-than-a-decade-old platform that came out in 2008.

But Kia isn’t letting its aging platform get in the way of the Mohave. The Korean automaker gave it a full-on refresh last year in its hometown, with a full redesign that almost works as a second-generation update.

If you think that's enough for the carmaker, you'd be wrong. Kia gave the Mohave a new flagship version called Gravity – only less than a year since the SUV got the full revamp.

The updates on the Mohave Gravity from a regular one aren't astronomical, but you should notice the altered radiator grille on the new flagship trim. The chrome "fangs" are removed, giving the Mohave Gravity a cleaner look than the regular versions. Plus, the 20-inch rims are painted black this time around.

The majority of updates are found inside, though. The steering wheel, door panels, and the center box compartment are all wrapped in Alcantara, plus ambient LED lights are added to the doors and the dashboard in front of the passenger. The Mohave Gravity also gets a bigger 12.3-inch touchscreen infotainment.

Just In Case You Forgot What The Regular Mohave Looks Like:

It's still unsure whether Kia will bring the Mohave or Borrego back to the United States, but it isn't far-fetched considering the popularity of SUVs here. Now, this or the more affordable Kia Telluride?