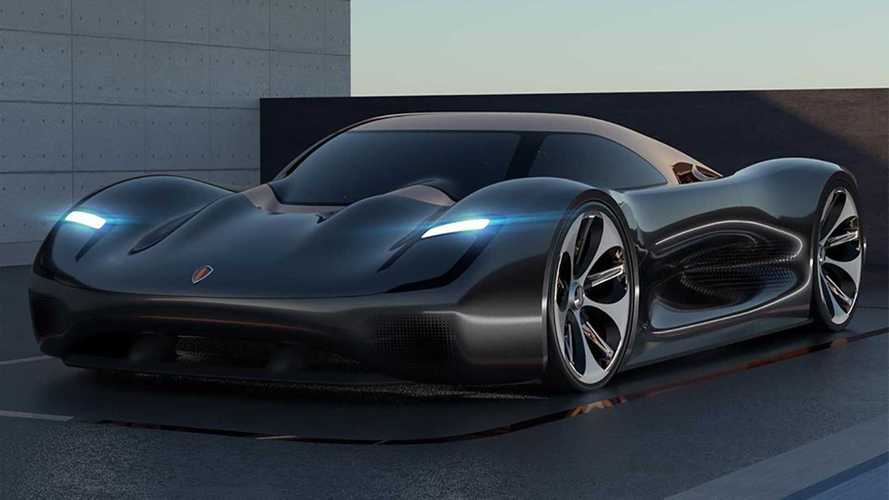 It’s been a busy year for Koenigsegg with two new reveals – the Jesko and the four-seat, mega-GT Gemera. Both join an already potent lineup of hypercars that blend advanced technologies and the company’s sleek Swedish styling into expensive packages. There’s little doubt the next Koenigsegg model will be just as wild and creative as its predecessors, and a new set of renderings preview what could be next for the automaker’s design. It’s impressive.

The renderings of the Koenigsegg Konigsei Concept, by Maximilian Schneider, show a hypercar that looks like it came from Koenigsegg designers. You can check out the design sketches, too, on his Instagram page, working through a few design variations before committing to what you see here. The Konigsei Concept mimics many of Koenigsegg’s design features like the wide stance, low greenhouse, and wheels pushed to the corners.

Though the most stunning visual feature is the two bumps in the front clip that warp the windshield before they appear to “disappear” into the cabin. However, the dual-pronged styling element continues off the back of the roof, extending into the rear wing and fascia, which is a common styling feature on today’s Koenigsegg models. It’s a prominent and striking choice that draws the eye over the top of its svelte shape.

They create flying buttresses at the rear that look amazing. Having the taillights above the rear wing is a bold choice, too, especially as they sit on the trailing edge of the rear fenders. There’s barely a bumper, either. Huge openings in the rear fascia expose the back of the rear tires. There’s just enough of one for the license plate and tailpipes. What more do you need?

The renderings look amazing, though this is just a concept for now. It has all the hallmarks of a Koenigsegg with some bold design choices. Koenigsegg has its hands full with its two new models, but we know the company is already looking ahead. However, such a bold design would cause Koenigsegg headaches if it ever had to homologate the model. You can check out more pics on Schneider's Instagram.