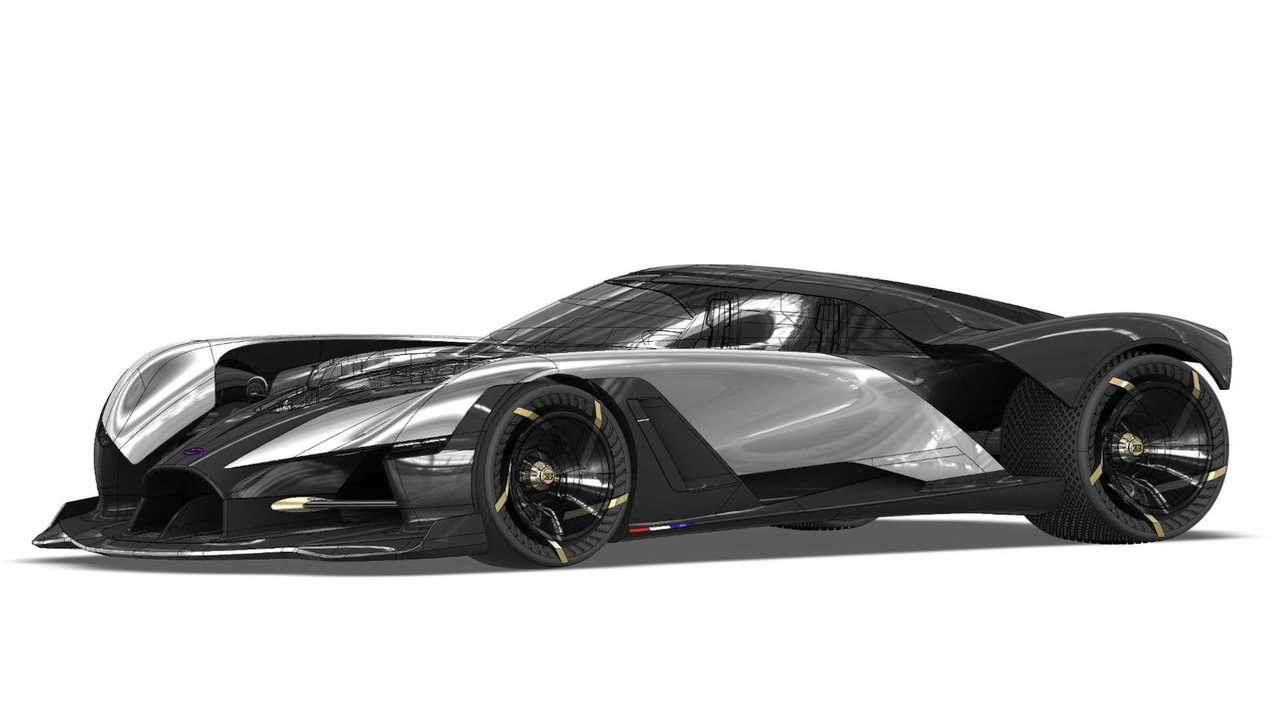 Bugatti is a car brand that needs no introduction. The French hypercar maker has produced some of the most recognizable – and most powerful – vehicles on the planet with the EB110, Veyron, and Chiron. But even Bugatti, producer of the record-holding "world's fastest car," knows that the market is changing, and it's only a matter of time before the combustion engine goes the way of the dodo.

With that in mind, graphic illustrator and designer Serkan Budur has an idea of how to send the brand's long, impressive lineage of combustion engines off in style. He calls his virtual (and scale model) creation the Bugatti La Finale, and as the term "Finale" suggests, this rendering imagines the last of the gas-powered Bugattis. And it certainly does the brand's iconic powertrains justice.

"[La Finale] pays tribute to ICE cars that, sooner or later, will become extinct and celebrates them as an homage," Budur tells us via email. "For that, it features many visible mechanical parts such as the suspension, wishbones, and even a visible axle-shaft. It is by no means a jab to electric cars. It's more of a welcoming to the new era and saying goodbye to an old."

The concept has obvious visual ties to current models, like the Chiron, in its dome-shaped grille and aggressive front fascia, as well as a number of exposed elements and raw details to give it a more distinctive look. But Budur actually credits some of Bugatti's older icons for inspiring his design.

Specific elements of the concept, like the two-tone paint job, wheel design, and special graphics, pay tribute to the iconic Bugatti Type 57SC Atalante. And the bronze accents on the rear are a nod to the Type 41 Royale's elephant hood ornament, designed by founder Ettore Bugatti's brother Rembrandt. It's the attention to detail that makes this such a special rendering.

But unlike the Veyron and Chiron, Budur says his creation wouldn't have the brand's infamous W16 under the hood. Instead, he imagines a smaller V12 "for a tighter package, and of course, for weight-saving purposes."

Whatever the case, this concept is a beautiful interpretation of what could be.

Ferrari F42 Concept Is A Modern Take On The Iconic F40