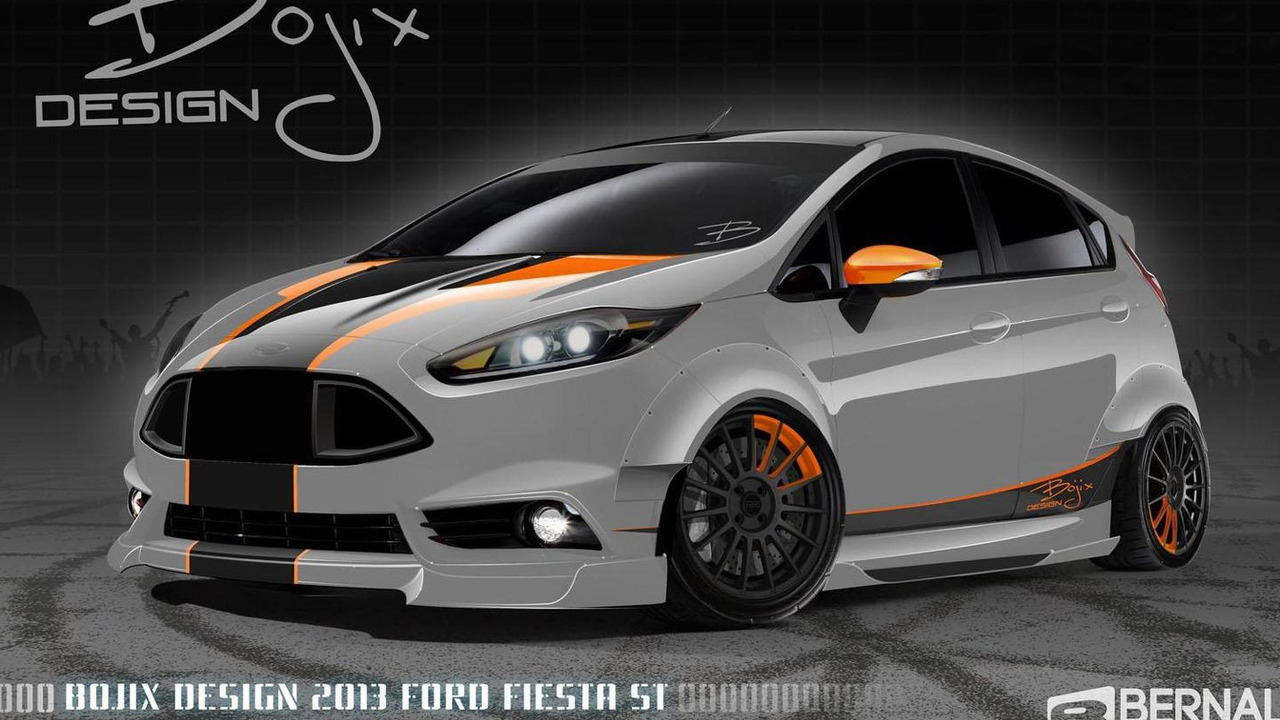 Ford has announced plans to introduce five Fiestas at the SEMA Motor Show.

First up, the 3dCarbon Fiesta has been equipped with an aerodynamic body kit that includes a front splitter, revised side skirts, a tailgate-mounted spoiler and a rear diffuser. The model also has two-tone leather upholstery and 19-inch Pinzette-M Forgiato wheels with Pirelli tires.

Next up, the MRT Fiesta ST is based on the model that is in Forza Motorsport 5. As a result, it has a two-tone blazing green and deep black exterior. The model also has a stainless steel sports exhaust system, a coilover suspension and high-performance brakes.

Bojix Design's Fiesta ST has an aggressive appearance thanks to a ground effects package and a custom BASF paint job. There's also a coilover suspension, a cat-back exhaust system and a Banks Straight-Shot water-methanol injection system.

Last but not least, the COBB Tuning/Tanner Foust Racing Fiesta ST pays tribute to the United States military and features a carbon fiber hood and a digital camouflage wrap. The model also boasts a cold air intake, a sports exhaust system and an upgraded interior with a Kicker audio system.

The Fiestas will be shown alongside 52 other vehicles including modified versions of the Focus, Fusion, Mustang and F-150.