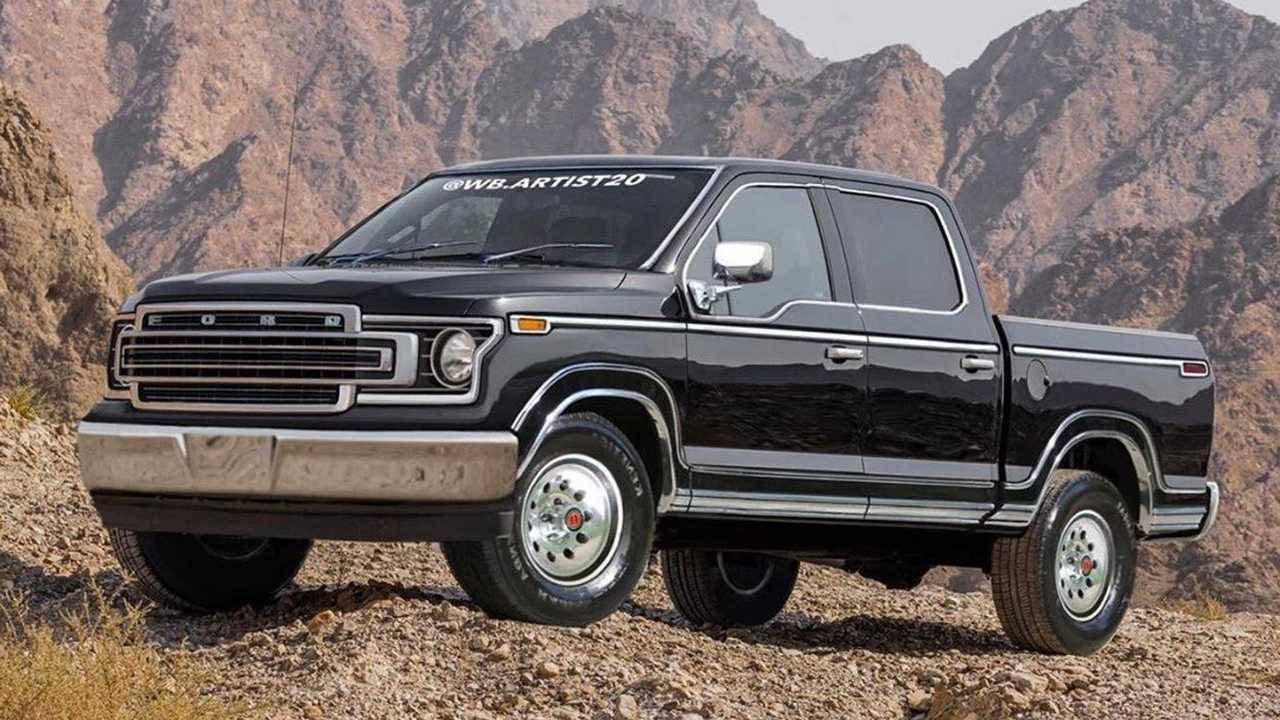 The artist applies the aesthetics of the 1970s to a modern truck.

A new generation of the Ford F-150 is on the way, and spy shots even provide a decent preview of how it looks. Rendering maker wb.artist20 on Instagram imagines a very different look for the new truck by showing the pickup looks with retro styling taking cues from the 1970s F-Series.

The transformation includes giving the F-150 round headlights inside of the grille. Rather than the Blue Oval emblem in the center, "FORD" appears on the upper part of the grille. Oddly, wb.artist20 doesn't incorporate the split in the center of the grille, which is an iconic part of these trucks' design. The chunky, chrome bumper is a great, old-school touch, though.

The rest of this truck has a lot more chrome than we'd expect from a modern pickup. The shiny metal looks good on the F-150, especially with the black paint for contrast. The old-school, manually adjusting mirrors probably aren't something that most current buyers would want.

In the real world, photos indicate that the new F-150 has evolutionary design upgrades compared to the current truck. There are stacked headlights with prominent LED running lights around the outer and top edges

More Retro Renderings From This Artist:

In the 1970s, the engine options for the F-Series consisted of a variety of inline-six and V8 powerplants. For the new F-150, there is likely to be an even wider array of choices. A 3.3-liter naturally aspirated V6 would be the base powerplant, and there would be at least two turbocharged V6s. A V8 would still be available, too. A 3.0-liter turbodiesel V6 and a new hybrid with a 3.5-liter engine connecting to an electric motor would also be on the options list.

Ford allegedly plans to start 2021 F-150 production on September 28 at the Dearborn plant and on October 26 for the Kansas City factory. The debut should be before these dates, so look for an unveiling this summer.