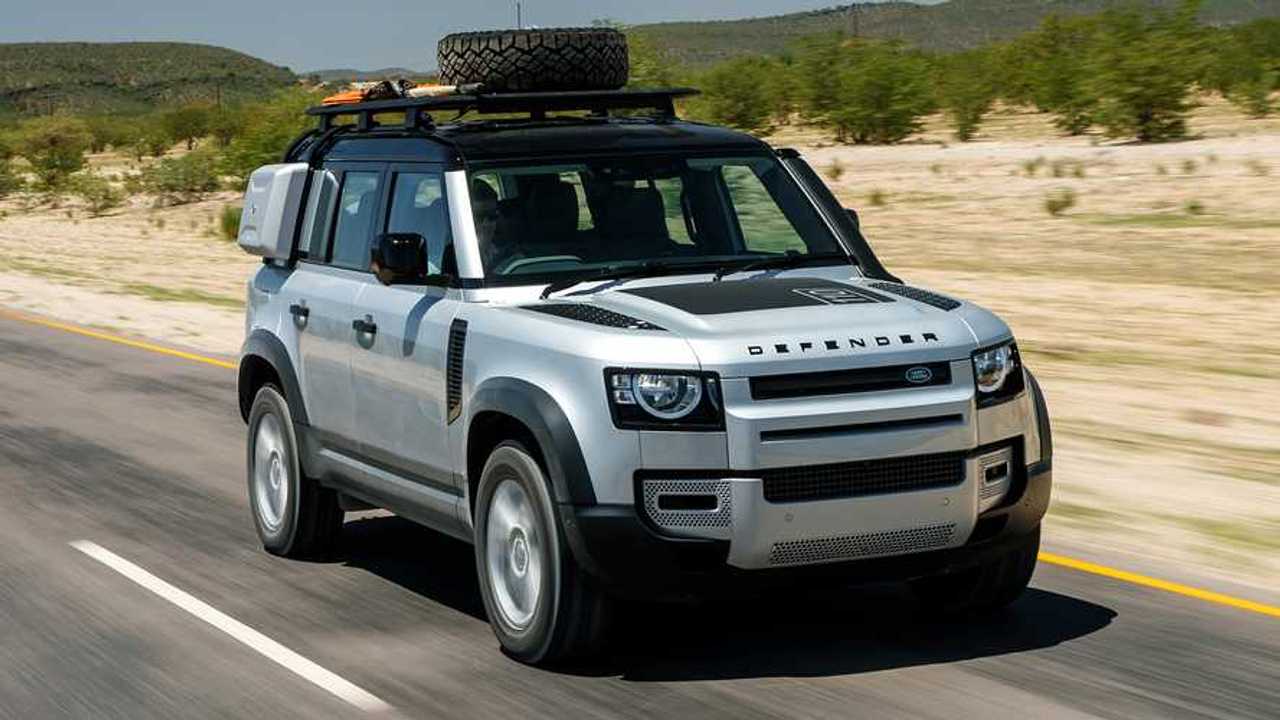 More power is on the way for the new Defender.

The rumored V8-powered version of the Land Rover Defender is apparently on the way because spy shots from Autocar (see the embedded Facebook post below) show a development vehicle on the road near the automaker's research and development center.

This vehicle looks like a fairly standard Defender 110 at first glance. The things to look for are the "Prototype Vehicle" sticker on the edge of the hood and the four exhaust pipes at the back. The square tips don't seem very well integrated into rear design, so these might be placeholder pieces or there might be a different bumper around them for the production version.

Autocar looked up the vehicle's registration, and the paperwork showed that a 4,999cc gasoline engine was under the hood. This is very likely the 5.0-liter V8 that's available in models like the Range Rover, Range Rover Sport, and Range Rover Velar.

What's odd is that earlier rumors suggest that the future V8-powered Land Rovers would use BMW's 4.4-liter twin-turbo eight-cylinder powerplant. This is necessary because Ford is closing the UK factory that build's the 5.0-liter V8 that Land Rover currently uses. Autocar speculates that the company might be stockpiling this engine so that it can have enough of them for products like this more powerful Defender. The limited supply of mills means that the model would only be available for a relatively small production run.

Land Rover is using the Mercedes-Benz G-Class as a benchmark for the V8-powered Defender, according to Autocar. This suggests it would offer off-road ability but still be quite luxurious on the inside. The Range Rover already fits this description, but the Defender would offer the functionality in a more compact package.

It's not currently clear whether the V8 would also be available for the two-door Defender 90 or whether the engine would be exclusive to the four-door 110 like in these photos.

The V8-powered Defender reportedly wouldn't arrive until the latter portion of 2021. Before then, look for the plug-in hybrid variant of the crossover to debut.