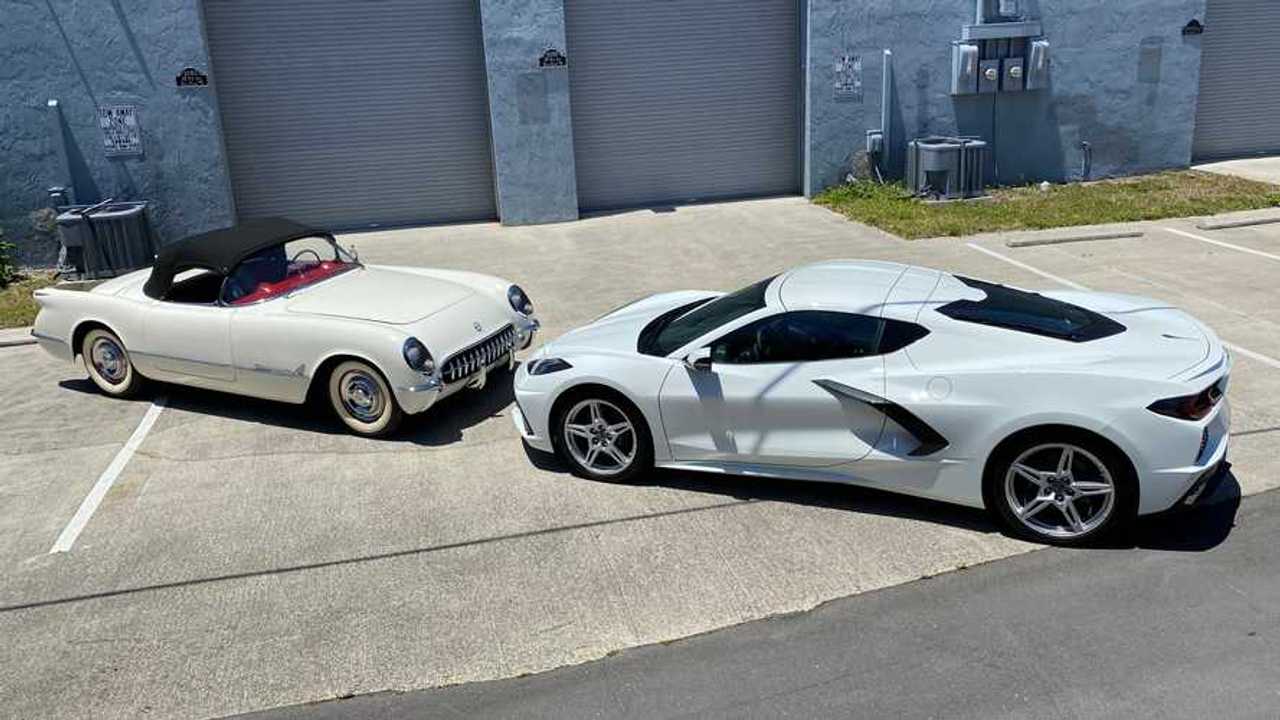 You never forget your first car.

One of the more obscure options available on the 2020 Chevrolet Corvette is the ability to choose a custom vehicle identification number (VIN). Obviously the lengthy sequence still needs to meet legal requirements, and it still begins with the various numbers and letters the denote the vehicle's manufacturer, body style, assembly location, and so forth.

For an extra $5,000, the last string of numbers in the VIN can be chosen by the owner, and that’s exactly what David D’Onofrio did on his white 2020 Stingray, ending with 00239. As you’ve no doubt already realized, there’s a very good reason he chose that number, and a neat twist that brought it all together.

After seeing the story of another VIN-matched set of C1 and C8 Corvettes we wrote about in April, David was keen to share his own experience and we're very glad he reached out, because it's a story every auto enthusiast will love. He’s an avid Corvette fan, having bought his first ‘Vette in 1972 at the ripe old age of 16. It was a 1967 427 four-speed and it would be the first of many, but in November 2012 he finally had the chance to purchase a 1953 C1 Corvette after decades of looking for one. It wasn’t an easy task – 1953 was the first year for America’s sports car and only 300 were built, so when David had the opportunity to buy number 239, he took it.

Flash forward a few years. The mid-engine C8 Corvette is now a reality, and while talking with another enthusiast shortly after the big debut in July, David learned about the VIN-matching option for 2020 cars. In August 2019 he attended the Corvette Museum’s 25th-anniversary celebration and sampled the C8 firsthand. By the end of the party, he placed an order for a white 2020 model ending with 000239. He took delivery of the car at the museum on March 13.

David graciously sent us these photos of his two Corvettes together, and it gives us a special opportunity to really compare the first and latest generations side-by-side. Much has certainly changed, not the least of which being a V8 engine installed behind the driver. Aside from the position of the mill, the first two years of Corvette production only offered buyers a six-cylinder engine. And options in 1953 were quite sparse, with a radio and heater being pretty much it.

2020 Corvettes obviously come standard with much more than that, but to keep things as similar as possible, David ordered a base-model 1LT edition. To the best of his knowledge, this is the first LT1 trim level C8 built. So yeah, these cars are pretty special even when separate. But together in a collection, this combination of low options and matching VINs makes this an extremely distinctive pairing. The story doesn’t end there, however.

As neat as this is, there’s another twist in this Corvette saga that simply must be shared. We mentioned that David’s first Corvette was a 1967 427 model. He’d bought it in 1972 and sold it just six months later, but by the end of the 1970s he was trying his best to track the car down so he could buy it back. Car enthusiasts know how special that first car can be, but after decades of slim leads he finally had it tracked to do the National Corvette Museum. Or so he thought – he reached out in November 2018 only to find the car wasn’t his.

But that conversation led him to the person who did have his old car. And that person is also the enthusiast mentioned a couple of paragraphs above, who told David about the custom VIN option. And just like that, the circle is complete.

Yes, David was able to buy back his first Corvette. With this matching set of C1 and C8 ‘Vettes also in his garage, we’d say this is of the coolest Corvette collections in the world. For David, the collection is simply priceless.

Special thanks to David D’Onofrio for sharing these photos and this wonderful story.