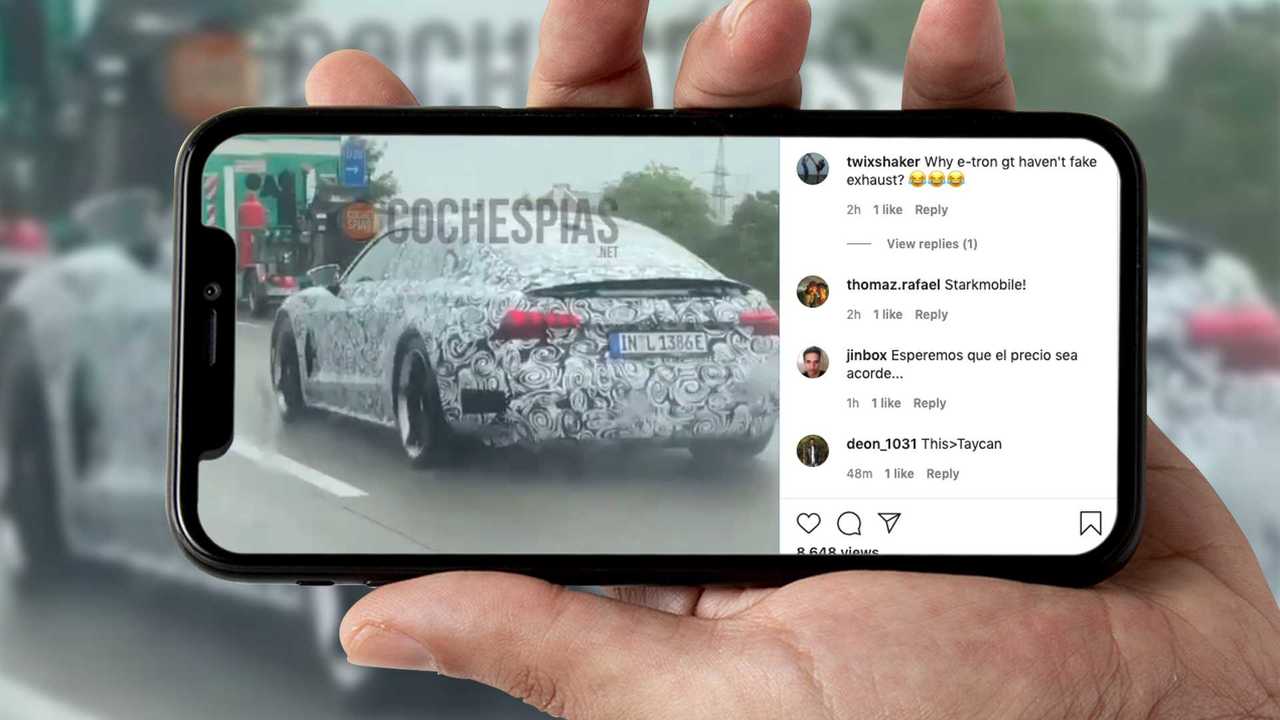 The Audi E-Tron GT is the Four Rings' upcoming electric sedan that borrows the J1 vehicle platform from the Porsche Taycan. This brief spy video catches one on a rainy road in Europe, and it appears even to be wearing a set of Taycan wheels.

All indications so far suggest that the production version of the E-Tron GT should look a lot like the concept from 2018 (gallery below). The differences include expected tweaks like having actual door handles and larger mirrors.  While not easily visible in this video, earlier spy shots show that the taillights span the entire width of the rear, like on the concept.

Given that they share the same platform, the speculation goes that the base model E-Tron GT would have the same powertrain as the Porsche Taycan 4S. It uses an electric motor at each axle the whole system makes 522 horsepower (389 kilowatts).  A 79.2-kilowatt-hour battery pack is standard, and customers can upgrade to one with a 93.4-kWh capacity.

The more powerful E-Tron GT S would also be available at launch, but it's powertrain is currently a mystery. Using the Taycan Turbo's 616-hp (459 kW) setup is possible. An RS version of the E-Tron GT will arrive later.

To differentiate the similar Porsche and Audi models, look for the ones from the Four Rings to carry a slightly lower price.

See Even More Of The E-Tron GT:

Audi design boss Mark Lichte said that the production-spec E-Tron GT was debuting at the 2020 Los Angeles Auto Show. However, that was before the chaos of the coronavirus outbreak. As of this, the LA event is still on the schedule for late November. The first customer deliveries of the Audi EV should happen in 2021.