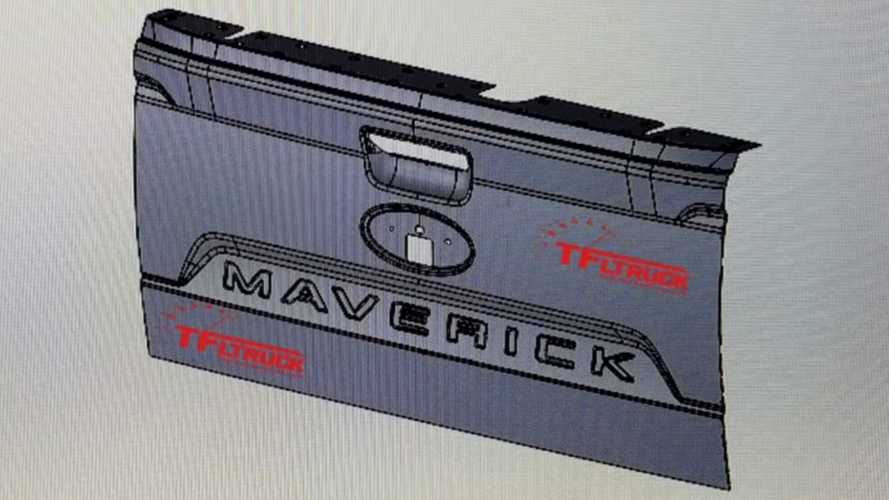 A couple of names have been floating around the Internet ever since we caught wind of Ford’s plans to introduce a small pickup truck positioned below the Ranger. It does seem the Blue Oval is keen on reviving an old moniker, but it appears it’s not going to be “Courier” or “Ranchero” as previously believed. Our friends at The Fast Lane Truck have received from an anonymous tipster what appears to be a CAD version of the workhorse’s tailgate, revealing the “Maverick” name.

Depending on where you’re reading Motor1.com from, Maverick might bring back memories of the small two- and four-door sedans sold in the United States through most of the 1970s with a rear-wheel-drive layout with straight-six and V8 engines. Some 2.1 million were sold in North America between 1969 and 1977, with 1974 being the best year when Ford moved a little over 300,000 units. The fastback-styled model was developed primarily to rival the Volkswagen Beetle and other fuel-efficient Japanese models and was eventually replaced by the fancier Granada.

The same nameplate was used in the late 1980s and the first half of the 1990s in Australia where Ford sold a rebadged fourth-gen Nissan Patrol Y60. It then traveled to Europe in the 1990s where Ford had a Maverick based on the Nissan Terrano II before resurrecting the name yet again in the 2000s as a Euro-spec first-gen Escape preceding the Kuga.

Interestingly, it’s worth noting “Maverick” was found at the beginning of the year in Ford's internal parts catalog. At that moment, it was believed to represent the name of what we know now for sure will be called the Bronco Sport. The connection between the two makes sense as the unibody pickup is expected to not only take styling cues from the small rugged SUV, but also the C2 platform introduced with the not-for-America Focus in 2018.

Between launching the two new Bronco models and the next-generation F-150 later this year, Ford has a lot on its plate right now. Therefore, don’t expect the Maverick to come out anytime soon, with some reports indicating it will be unveiled sometime in 2021.