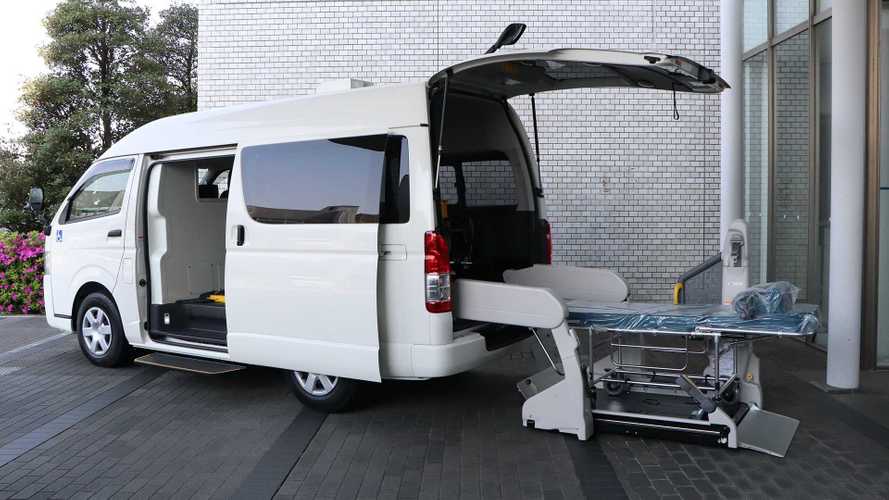 This is part of Toyota's Kokoro Hakobu Project.

As of date, the new coronavirus pandemic has already affected several countries around the world, with 3.25-million confirmed cases and death toll hitting the 230,000 mark. In Japan, there are 14,305 confirmed COVID-19 cases with 455 deaths. Tokyo, the nation's capital, tallies the most number of confirmed cases and casualties, with Osaka and Kanagawa following behind.

As such, Toyota Motor Corporation has extended its hand in order to assist in this time of crisis. Earlier this week, the carmaker announced the production of medical face shields for Japan, with production capacity boosted up to 40,000 units per month.

Toyota has aided in the transport of COVID-19 cases, as well. It has provided 11 vehicles for mildly-ill patients since April 10, covering Tokyo, Chiba Prefecture, and Miyagi Prefecture.

The automaker's latest addition to its coronavirus aid is this – a Toyota Hiace converted into a vehicle transport specifically modified to ferry seriously-ill COVID-19 patients. This is the first Toyota designed to transport COVID-19 patients in severe condition.

The Hiace-based transport is developed to be an "airborne droplet circulation control vehicle," which features an interior compartment to separate the front cabin from the rear holding area.

Automakers Doing Their Part To Help:

The newly-developed vehicle's design is simple: an exhaust fan was placed in the interior barrier to continuously expel air into the rear compartment, preventing contaminated air to breach the cabin.

Toyota's new vehicle was donated to Showa University Hospital, Tokyo, joining the carmaker's initial fleet of transport aid. The marque intends to continue developing these vehicles in response to requests from medical facilities and local governments – all part of Toyota's Kokoro Hakobu Project, a collective Toyota effort that started since the wake of the Great East Japan Earthquake.